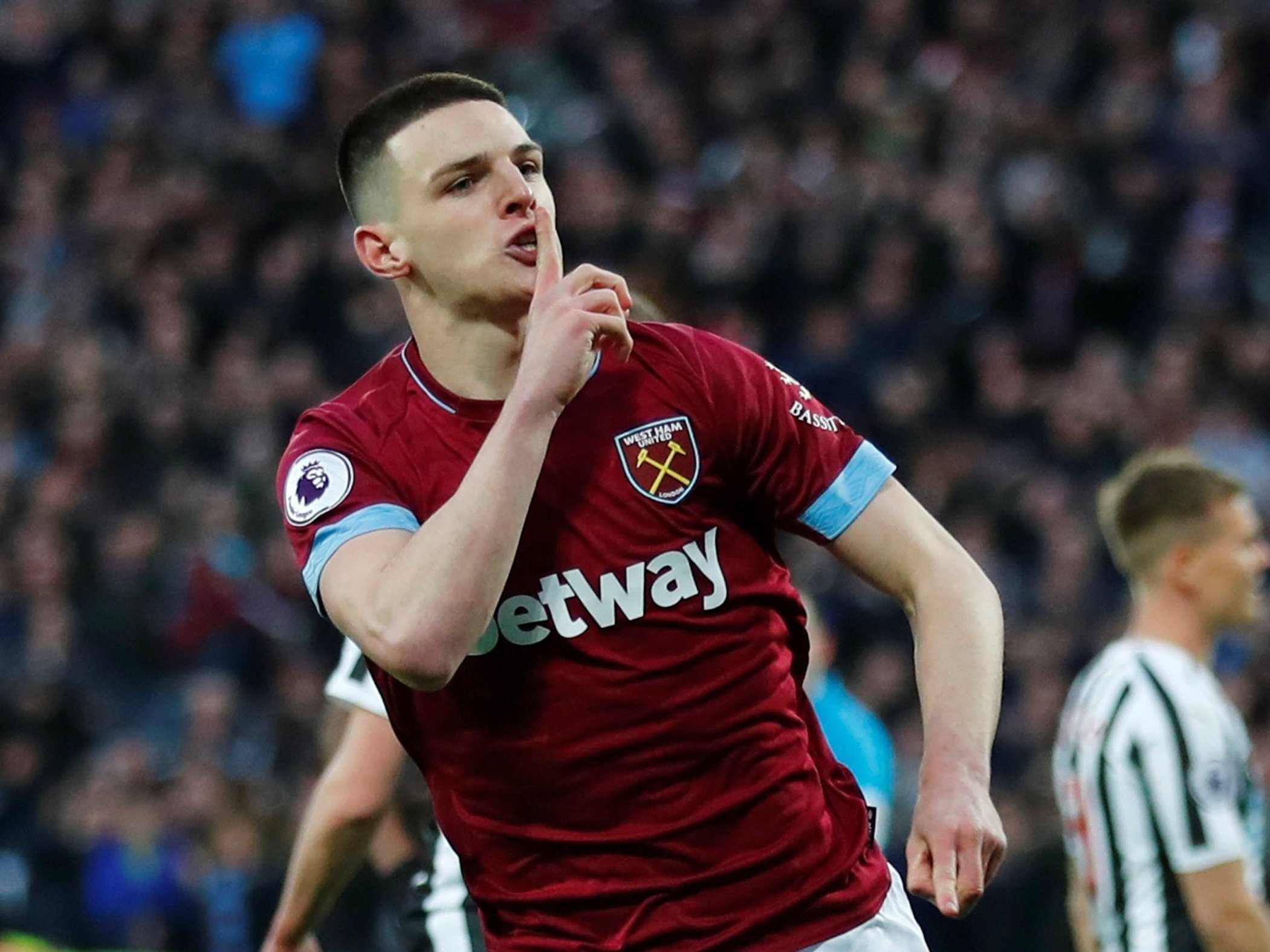 Manuel Pellegrini tipped Declan Rice as a future West Ham captain after the youngster starred in the 2-0 win over Newcastle.

Rice nodded the opening goal shortly after West Ham had officially opened the Billy Bonds Stand in honour of their former captain and record appearance maker.

Mark Noble added West Ham’s second from the penalty spot before half-time to inflict only a second defeat in seven matches on Newcastle.

Get the best of The Independent

Get the best of The Independent

It was fitting that two tenacious midfielders were on the score sheet on the day West Ham paid tribute to their original enforcer.

And 20-year-old Rice’s performance was reminiscent of Bonds in his heyday as he shielded the back four, snuffing out attacks and snapping into tackles.

England assistant Steve Holland was in the stands to watch Rice, who switched allegiance from the Republic of Ireland last month.

He is expected to receive a first Three Lions call-up when Gareth Southgate names his latest squad on March 13, providing the paperwork goes through in time.

Rice’s seventh-minute header was only his second career goal, but Hammers boss Pellegrini said: “I think that for every player it is important to score goals, but in Declan’s position that is not the most important thing.

“I think he has improved a lot this season. If you compare from the beginning and now, the view he has of the pitch, his deep passes, not playing back or to the sides.

“Those are the things he must work on every day of the week. He does it, and that is why he has improved so much.

“Is he a future captain? Maybe. He is a young player, he must learn a lot, to keep him in this level.

“To be a captain you need many games behind you, so in the future, maybe he will do it.

“I’m very happy for Billy because he deserves the stand, he was a very important player for this club.”

Newcastle, who never recovered from conceding two early goals, are six points above the relegation zone.

However, manager Rafael Benitez said: “We are still in the relegation battle and have to approach every game like a final.

“We tried to tell the players, explain we have to do what we were doing when we were winning games, and we didn’t do that. We started with a lack of concentration.

“I am disappointed. Hopefully we will learn and not make the same mistake in the next nine games.”

READ  Man Utd players taking legal advice over missed pay rises that would cost them up to £50m if coronavirus KOs season
Share on FacebookShare on TwitterShare on PinterestShare on Reddit
newsgrooveMarch 3, 2019