We must break down the boundaries between NHS and social care 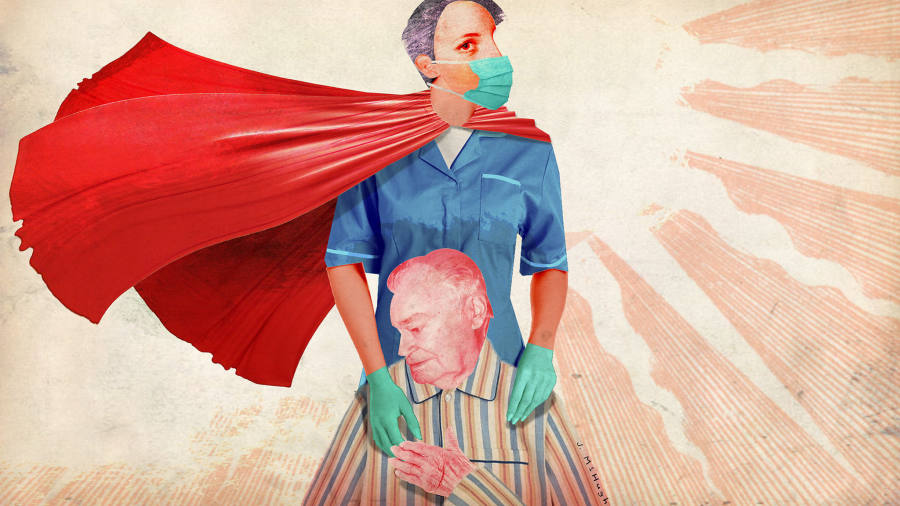 When the Queen thanked care workers as well as National Health Service staff in her address last weekend, she gave them a rare moment of recognition.

Inside hospitals, doctors and nurses are working back-breaking shifts to save patients from Covid-19. Outside, an invisible army of carers is toiling under appalling pressure to look after some of Britain’s most vulnerable people, providing a last line of defence against the health service being overwhelmed. Yet despite working towards the same end, the gulf between the NHS and social care has never felt wider.

A core part of the strategy to combat the outbreak has been to “empty” the hospitals to boost intensive care capacity for those struck down by the virus, including Prime Minister Boris Johnson. NHS chief executive Simon Stevens has achieved the astonishing feat of freeing up a third of England’s 100,000 general and acute hospital beds in the past month, the equivalent of 50 new hospitals. The service did it by postponing non-urgent operations, block-booking private hospitals, building makeshift “Nightingale” treatment centres, and discharging patients as fast as possible.

Not all discharged patients can go straight back to living independently at home, especially if they are elderly and frail. They land in the arms of “social care”: residential care homes and paid carers who help people in their own homes to get out of bed or take showers, and look after those whose minds are blurred by dementia.

Often described as “unskilled”, these jobs require patience, stamina and empathy. When my beloved aunt fractured a hip, she was looked after by a twinkly, capable carer called Linda who built such a deep bond that we asked her to keep visiting after my aunt moved into a care home.

With care homes now in lockdown, the UK’s Lindas are shouldering ever greater burdens, trying to keep things jolly in a disorienting world and teaching residents to use donated iPads to keep in touch with their grandchildren. Staff at one Sheffield care home have even moved in with the residents. Some are taking on tasks that were done by district nurses who have been pulled into the hospitals. I spoke to a care worker who is used to giving insulin injections to her husband and is now giving them to residents. “We are on our own,” she said. “We have to do our best.”

The breaking of old distinctions bodes well for the future of frontline staff who currently have little pay progression and no career ladder. But, for now, the virus has added fear to what were already tough jobs. Staff worry constantly that they might transmit the virus to their elderly charges, or their own families. In locked-down hospices and care homes, with distraught relatives kept away, the care workers are having to hold the hands of the dying, trying to give them a decent passage out of the world. This week, a quarter of care staff are off sick or self-isolating. There were 122,000 vacancies in adult social care before all this. We have never needed compassionate care workers more; and their value has never been clearer. A third of care providers say they have been approached by people wanting to volunteer.

Yet social care remains the Cinderella service. Workers have been at the back of the queue for face masks, gloves and other personal protective equipment, even though many have more close, unavoidable personal contact than some GPs. While NHS staff have rightly been given protected shopping hours in supermarkets, some care workers have reported being stopped from buying food for their clients, even though they are key workers. Some hospital nurses are being paid daily, to cover emergency bills. Many care workers don’t even receive pay for the time they spend travelling between clients. Care operators also accuse the NHS of “hoovering up” equipment supplies to their detriment.

The government is trialling testing on home care workers, and has directed some protective equipment wholesalers to prioritise social care. But with shortages and a fragmented system, it is hard to ensure that supplies go wherever they are most badly needed.

In theory, everyone understands the importance of care. In practice, everyone fights their own corner. Since local authorities outsourced much care to private groups, the public and private sectors have regarded each other with disdain. The incentives in the system are to save lives and then save money. But that is a false economy, which can consign many people to a downward slope rather than helping them regain independence.

This crisis has seen the NHS turn itself into a formidable command and control system, backed by the Treasury’s open wallet. But social care remains fragmented among 25,000 providers, many of whom rely on money funnelled through local authorities, who must balance their books. If another care home operator were to go bust, as Southern Cross did in 2011, residents could flow into overstretched hospitals. The Treasury has offered extra money to keep the sector going through the crisis. It is understandably reluctant to write a blank cheque. But it is imperative that local councils pass the money on.

Two things give me hope. There is growing public recognition of the vital role that carers play. And the crisis is demonstrating clearly the need to link social care to the NHS. In an integrated service, carers would be paid properly; able to give insulin injections and have a career ladder into the NHS. They would be no longer be an afterthought. And neither would the people they care for.