Wayne Rooney: 'Enough is enough!' Footballer blasts back after snaps with mystery female 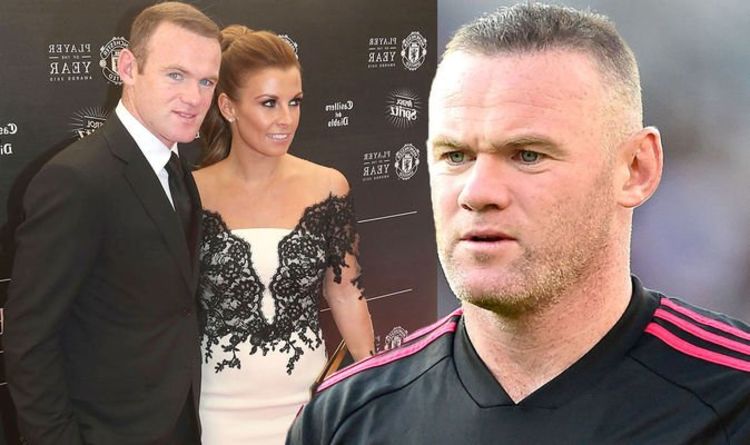 Wayne Rooney, 33, has claimed their is a “smear campaign” against him and has denied any wrongdoing in relation to his marriage Coleen Rooney, after pictures emerged of him with a mystery female. The sportsman took to Twitter today and wrote in view of his 17 million followers: “Nothing happened between me and any girl on that night in Vancouver. “I did not enter the lift alone with the girl pictured in the hotel foyer. The girl pictured in the club was simply one of many who innocently asked for autographs and pictures.” The footballer then claimed that he had been followed by a freelance photographer without his knowledge or permission.

Wayne reiterated that the pictures were innocent, as he added: “The whole story was a smear against me. It is damaging to my family and not something I am prepared to put up with.”

A source at the night club told the publication: “Inside, they were put in a VIP area, where they do bottle service and close to where there are a couple of girls dancing on raised podiums. It looked like a boys’ night out and the guys were having a few drinks and fist-bumping each other.

“Wayne spent a bit of time with his hoodie up and looking at his phone as he sat on the back of a sofa with his feet on the seat.”

The insider continued: “After a while he seemed to stop chatting with the lads so much and was spending time with this girl, who was glamorous and in her 20s.

“It looked as if she knew who he was. They were talking quite closely and, for long periods, he wasn’t really speaking to anyone else. This was around 2 or 3am. They were putting their hands round each other a bit.”

In pictures obtained by a source, the footballer and the unknown woman were seen in the lobby of a hotel together, seemingly outside an elevator.

The former Manchester United and England forward’s wife Coleen Rooney has since been pictured without her wedding ring just days after the pictures were released.

It has since been reported that Coleen had flown back to Washington DC where her husband currently resides.

A source said: “Coleen went ballistic at Wayne for being so stupid again.

“Coleen knew he was out that night but he missed out telling her about putting his arms around a woman in a nightclub and going back to his hotel with another.”

They continued: “When she landed, Coleen told Wayne to just end his contract and go back to the UK with her. She wants him to just pay out and leave. They are so much happier at home and she just wants him to tell them to shove it.”

Wayne and Coleen have been together since they were 16, with the pair tying the knot in a lavish ceremony in Portofino, Italy, 11 years ago.

Coleen recently gushed over her husband in an sweet anniversary post, earlier this year.