An investigation by the competition watchdog has found “troubling evidence” that leasehold homeowners and prospective buyers were being misled and charged excessive fees by developers.

The Competition and Markets Authority said it would do everything it could to help people who find themselves in “serious traps”.

Andrea Coscelli, the chief executive of the CMA, said: “We have found worrying evidence that people who buy leasehold properties are being misled and taken advantage of. Buying a home is one of the most important and expensive investments you can make and once you’re living there you want to feel secure and happy. But for thousands of leaseholders homeowners, this is not the case.”

The lengthy CMA investigation identified a range of abuses including homeowners having to pay escalating ground rents, which in some cases are planned to double every 10 years, meaning people can struggle to sell their homes.

The CMA also found that some prospective leasehold homebuyers had been misleadingly told it is cheap to convert a leasehold to freehold, only to find that the actual cost had increased by thousands of pounds, with little or no warning.

Some housing developers were found to be giving misleading information to buyers about issues including the difference between leasehold and freehold, with some claiming there was no difference. That has resulted in some homebuyers trapped paying extra charges that come with leasehold ownership.

There are about 4.2m residential leasehold properties in England, of which about 2.9m are flats.

The CMA said that it is completing the necessary legal work to launch direct action against companies misleading and taking advantage of homebuyers. Action includes making firms sign legal commitments to change how they do business.

“We will be taking our own enforcement action directly in the sector shortly,” Coscelli said. “If they fail to make the required changes, the CMA could take action through the courts to make them comply with the law.”

The CMA said that its investigation supports the case to make changes to the law in this area. The government has already announced a crackdown on the sector to tackle a range of abuses. In late 2017 the government confirmed it was putting a stop to the sale of new leasehold houses in England and a consultation on other measures ended in November 2018.

“When Which? investigated the leasehold sector we found families facing onerous clauses from developers, bad advice from lawyers and spiralling ground rents that effectively rendered their homes unsellable,” said Gareth Shaw, the head of money content at the consumer group.

“In the worst cases, some were even ordered to pay extortionate retrospective permission fees under threat of losing their home. It’s good to see the regulator taking strong action against those companies flouting the law.” 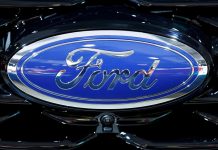 Coronavirus: Will jugglers and clowns harvest fruit and vegetables?

Europe split over handling of postal services while in lockdown 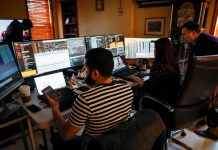