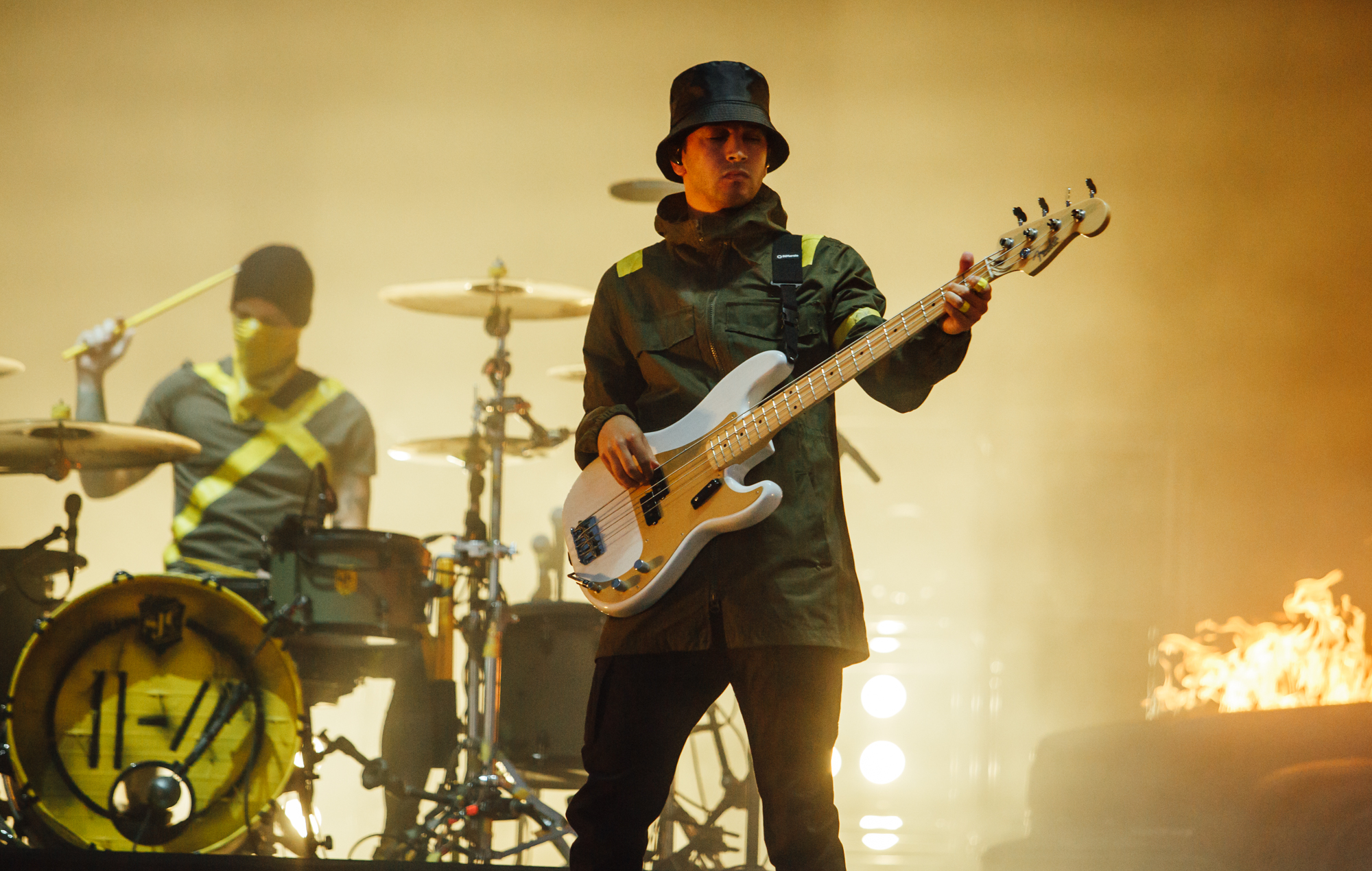 The touching moment took place at a festival this weekend

Twenty One Pilots frontman Tyler Joseph revealed that he’s a father-to-be as he announced his wife’s pregnancy live on stage yesterday.

The Ohio duo were performing at Lollapalooza Berlin last night (September 7), with the festival’s line-up also featuring the likes of Billie Eilish, Kings Of Leon, Sigrid, and many more.

During the show, Joseph welcomed his wife Jenna to the stage to share some special news with the crowd. “I know I said I’m bringing a couple of people on stage… and that’s true,” Joseph said as Jenna stood beside him with a visible baby bump.

The musician then kneeled down to kiss his wife’s stomach as audience members screamed. Fans soon took to Twitter to air their excitement, with one posting: “Legitimately more excited for Jenna and Tyler Joseph’s baby than anything else I’ve ever experienced.”


See the clips and more reactions below.

Ahead of last night’s show, Twenty One Pilots co-headlined this year’s Reading & Leeds festivals in August. During their performance, the group teamed up with Post Malone for a cover of Oasis’ hit, ‘Don’t Look Back In Anger‘.

READ  Prince Is Getting an All-Star Grammy Tribute Concert

Reviewing the band’s impressive spectacle at Reading, NME said: “sometimes you see something that feels special and you’ll remember for years to come. This is what Twenty One Pilots’ co-headline performance on the Saturday night at Reading is like.