NewsGroove Uk
NewsGroove Uk > Animal > WATCH | Snakes on a plane? No snake in a drain at King Shaka airport
Animal

WATCH | Snakes on a plane? No snake in a drain at King Shaka airport 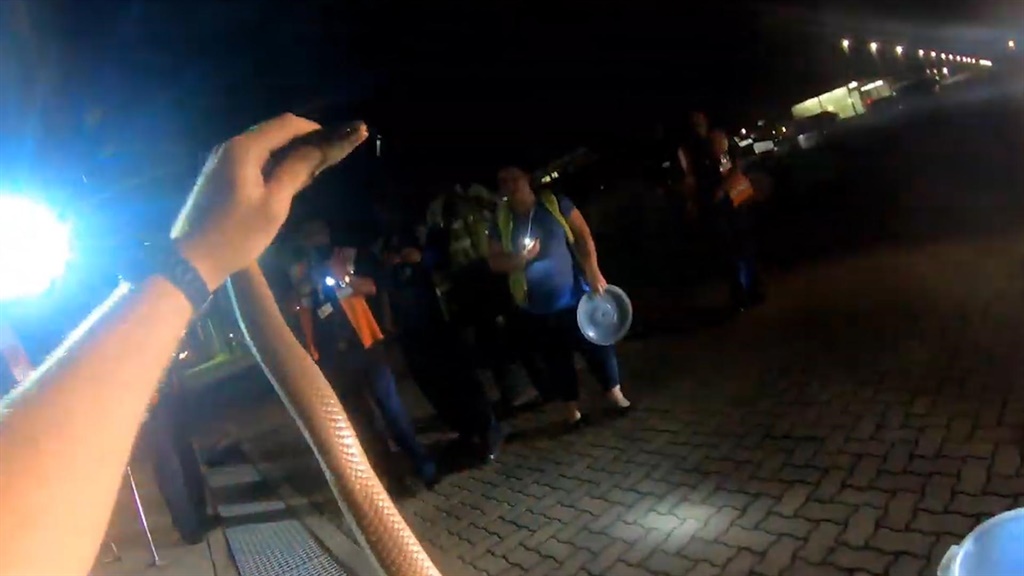 It was not a cut-and-dry case of a stowaway snake when KwaZulu-Natal snake catcher Nick Evans was recently asked to rescue a stray Mozambique spitting cobra at King Shaka International Airport.

Evans said he received the call after 20:00 one Sunday in November. He was escorted to a drain at the airport where the 1.2m snake had curled itself up in.

Airport staff had been keeping a watchful eye on the reptile.

“It wasn’t where the passengers were, so there was no real danger to anyone,” Evans explained.

No planes or flight schedules were affected either.

Armed with his snake tongs and flip-flops, he jumped right into action to get the cobra to safety before it escaped.

At one point, Evans tapped his tongs and stomped his feet on the drain to try and scare it from the hole as the cobra was slithering even deeper into the drain.

A handful of staff had their cameras out – ready to capture the moment.

“They were excited, they weren’t scared like most people,” Evans recalled.

Mozambique spitting cobras as well as black and green mambas are commonly found in the natural vegetation and farms surrounding the airport.

“They are normally quite active in the surroundings during September, October and November because it’s their mating season. But they have been quiet in recent times,” he said

READ  A single gene determines whether a fly has a good sense of sight or a good sense of smell
Share on FacebookShare on TwitterShare on PinterestShare on Reddit
newsgrooveNovember 25, 2019