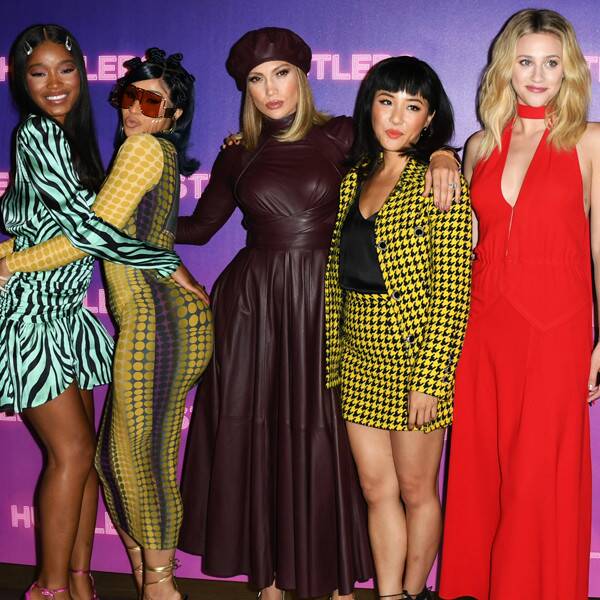 Listen up! Jennifer Lopez is about to teach us all a lesson in pole dancing.

The talented actress is showing off her strength in her upcoming movie, Hustlers. The film, which centers on a group of strip club employees who work together to hustle their high-profile clients, is set to hit theaters on Sept. 13. Before the movie debuts in theaters, we’re getting a sneak peek with a new clip featuring Lopez and co-star Constance Wu. In the clip, we see Lopez’s character Ramona teaching Destiny (Wu) some moves on the pole, from a front hook to an ankle hook to a knee hold.

Lopez recently opened up about filming the movie, and having to dance in a G-string.

“I was terrified. I felt exposed,” the 50-year-old star told Variety. “I was like, ‘I’ve never done anything like this. I’m going to be up there in f–king dental floss. What is this? Who is this person?'”

“And then you get up there, and you have to have a ‘f–k you,’ empowered attitude. You have to take your power back. You have to be so bold,” Lopez continued. “It’s almost like when you say you’re a rock star, you have to be arrogant to go up there in front of all those people or you crumble. You realize it’s the same type of balls that it takes to do something like that. And these women have that. They are tough, hard, vulnerable and damaged. It’s a great character to play.”

Take a look at the clip above to get a pole dancing tutorial from Lopez!