Was 2019 a Good Year for Video Games? Our Resident Gamers Debate. – Esquire.com 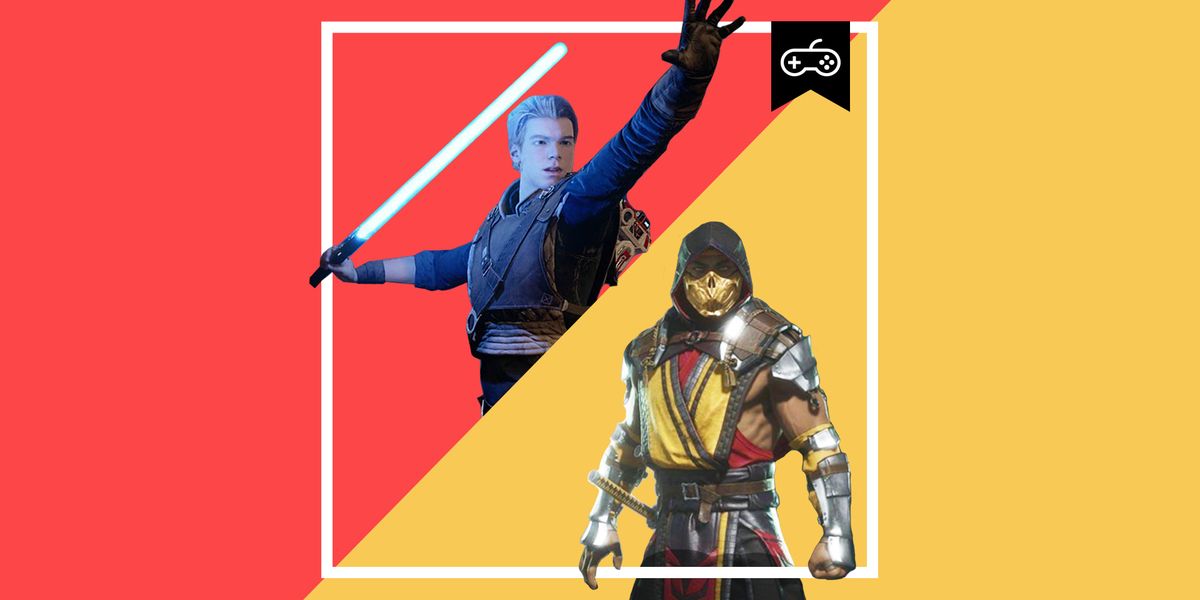 Hi, readers. This is Dom and Cam. You may not know who we are, but if you’ve read any gaming coverage on Esquire for the past two years, there’s a chance you’ve read our words. We’re the resident gamers at the Esquire office. We also happen to have a Twitch stream (come say hello in the New Year!).

When we’re not doing our actual jobs (Dom is the video editor and Cam is the lead motion graphics designer), we like to do what gamers do best: argue. It’s the holiday season and while the rest of the office is enjoying classic champagne cocktails and reflecting on a year full of useless CBD products and existential woe, we are fighting about the year 2019 in gaming. It’s a year that Dom thinks has been a disappointment—especially compared to 2018. But Cam’s more optimistic about it. And he’s also played more of the games.

We’ve been arguing so much lately that our editor put us in a room together to “write an article that will fix our friendship.” The two of us have debated this a lot on our Twitch stream already (plugging it again! a double plug!), but now we’re going to try to make the final call. Was 2019 a good year for gaming? Is Dom just experiencing seasonal depression? Why is Cam so scared of Luigi’s Mansion 3? Here we go.

Dom (a.k.a. “The Gamer’s Gamer”): Cam, first of all, I want to thank you for not only being a loyal friend to me this year, but also for being such a fun partner on our Twitch stream, which I think we should plug for a third time, just to see if our editor gets mad.

Cam (a.k.a. “Johnny Joysticks”): Dom, the admiration goes both ways. I’d like to thank you for gaming with me this year, and also for stopping your relentless cyber-bullying this holiday season. I agree we should probably plug our Twitch stream for a fourth time, which our editor is sure to delete. *Twitch stream plug here* I thought this year was a very good year for gaming, because a large number of stellar titles, both triple-A and indie, came out. Most of which, may I add, you did not play. You also have an unhealthy obsession with Red Dead Redemption 2, God of War, and of course, Marvel’s Spider-Man, meaning until more sequels get released, your gaming lust will never be satisfied.

Dom: Cam, while it’s true I did not play all of the games that came out this year (but I did beat Star Wars Jedi: Fallen Order, a game that you barely played), you must concede that the top studios failed us. What were the best games of the year, in your opinion?

Cam: Dominick “Diddy Kong” Nero, this year we had games like Sekiro, Mario Maker 2, Luigi’s Mansion 3, Pokémon Sword and Shield, Untitled Goose Game, Control, Fire Emblem: Three Houses, Kingdom Hearts 3, Mortal Kombat 11, The Outer Worlds, and so many more. Sekiro had some of the most satisfying combat I’ve played in years. Fire Emblem: Three Houses has gotten me on more than one 60-hour play-through, and kept people’s attention for over three 60-to-100-hour play-throughs, because it’s just that damn interesting. Mortal Kombat 11 brought speed and refinement back into the legendary franchise, and crushed all other traditional arcade fighters. The Outer Worlds and Control were two of the most refreshing experiences I’ve had in gaming in years. If anything, many of the “highly anticipated” games were the lackluster ones, like Death Stranding, and I think that’s why you think it was a bad year. In 2018, the blockbuster games were absolutely amazing, while 2019 was filled with more subtle surprise hits.

Dom: I would say, of the titles you mentioned here, only Fire Emblem: Three Houses, Mortal Kombat 11, Sekiro, and Mario Maker 2 are the sort of exemplary experiences that we can call “great games.” The others—like Untitled Goose Game, which I love—are either novelties, successful experiments, or games that feel a few innovations shy of being something memorable. Take Pokémon Sword and Shield, for example. Nintendo finally brought the franchise to consoles. But the game is, essentially, a refined, big screen version of Sun and Moon, with a small area of console-level gameplay (the Wild Area, which is very good). It’s another in-between. It’s not the franchise’s Breath of the Wild moment. We were told it would be. So I see that as a disappointment, overall.

Cam: I get that point, but I would add that The Outer Worlds and Control definitely belong under exemplary experiences. The Outer Worlds was one of the best role-playing games I’ve played since Skyrim, and I was personally much more invested in the world. As for Control, it had bonkers gameplay and one of the most interesting plots we’ve seen in gaming in years. There really were only five stellar blockbuster games last year: Red Dead 2, God of War, Spider-Man, Super Smash Bros., and I’d say Monster Hunter: World. Last year also had Celeste, Return of the Obra Dinn, Tetris Effect, and Hollow Knight, which were some truly exceptional indie and non-triple-A titles.

But if you compare that against this year, with Fire Emblem, Sekiro, Mario Maker 2, Mortal Kombat 11, The Outer Worlds, and Control, and then add some of those niche games like Untitled Goose Game, Katana Zero, Baba Is You, Cadence of Hyrule, and Ape Out, 2019 was just as stacked. Arguably, the games that came out this year, especially the Nintendo ones, had a massive cultural impact consistently, inspiring a ton of widespread memes among people who normally wouldn’t game—like jokes about the anarchist goose stealing the Infinity Gauntlet and the “peace was never an option” saga with Goose Game alone. While the same was true for Spider-Man, God of War, and Red Dead, those jokes were circulated in a much more exclusive gaming group, as opposed to the mass appeal of a lot of games this year. I can’t rightly say 2019 was better than 2018, but it definitely didn’t trail far behind.

In 2018, the blockbuster games were absolutely amazing, while 2019 was filled with more subtle surprise hits.

Dom: Cam, it’s funny you mentioned Nintendo specifically, because I’d say the games from the Big Ol’ N were the biggest disappointment of the year. Sure, we had Mario Maker 2, but it was a glorified update of a previous game, merely building on the game that came before it—it felt like the “definitive” edition of the previous game. Again, I’m saying we had no Breath of the Wild moment this year. Especially not from Nintendo, but from any studio at all. I find that to be disappointing. Do you actually disagree with me, or do you just hate me, not only as a gamer, but as a person overall?

Cam: Listen Dom, gloves off and catch these hands, you big dumb idiot. It is true we’re in a weird twilight year, and it’s definitely true that the games that were great where more niche genres. It boils down to what you played, and what type of games you enjoy. Considering you don’t know how to play anything except virtual checkers, the harder nature of many of the games that came out this year probably scared you. In fact, I know they scared you since I saw you cry at your desk every day about hard games, and Fallen Order made you so mad because it was too challenging for you. Also Dom, you only played three games this year, so you really aren’t an authority on this, so I win, you lose, see you at the gamer zone.

Dom: Cam, the only game you’ve ever played in your life is Kingdom Hearts VR—

Our Editor: Pack it in, nerds.

Dom: At the end of the day, Cam, it’s just nice to know we’re friends. And remember, there’s only one person in this article who beat Fallen Order this year, and it was me. Also, I spilled an entire iced coffee on your keyboard earlier this year but never told you.

Cam: That’s why my tab key always gets stuck!! Dom, I hope in 2020 we see some truly ground-shattering games. There’s a lot of potential with Final Fantasy 7, Cyberpunk 2077, Seven Seven Seven, 77, 7, and of course, Mario 77. I fear, however, that the beginning of the year will be great, then the output of new games will die down in favor of releasing on the PlayStation 5 and the Xbox Series X next holiday season. But one thing’s for sure, you won’t play any new games next year.