NewsGroove Uk
NewsGroove Uk > Animal > Warning to new dog owners, as expert reveals we could be injuring ourselves on walks
Animal

Warning to new dog owners, as expert reveals we could be injuring ourselves on walks 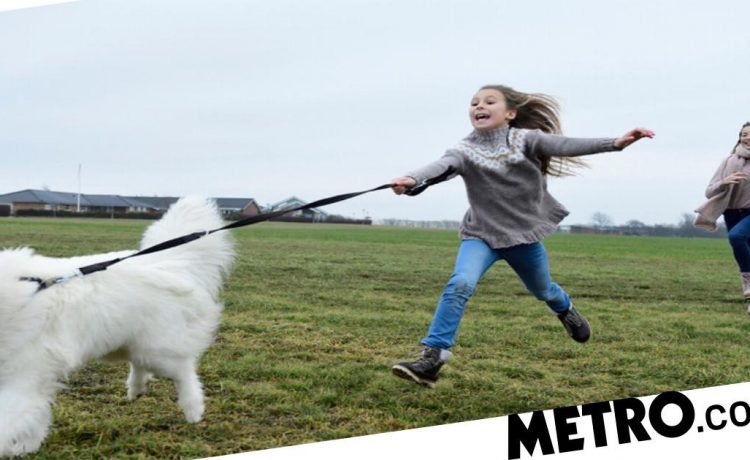 The global pandemic saw countless people choosing to bring a four-legged friend into their lives.

Recent stats from the Pet Food Manufacturers’ Association suggest 3.2 million households in the UK acquired a pet since the start of the pandemic.

But Dr Peter Angell, Senior Lecturer in Sport and Exercise Sciences at Liverpool Hope University, says that if your new pooch pulls on the lead while you’re out and about, it could be setting you up for injury – likely a painful knee or shoulder ailment.

And Dr Angell – himself the owner of beloved cross-breed ‘Dex’ – says teaching your pet not to drag you down the footpath should be near the top of your priority list.

He explains: ‘For some dogs, it seems that no matter how much training you give them, they always want to pull on the lead. I know this from personal experience!

‘And that’s bad when it comes to going on regular walks with them because your body is constantly offset while you’re moving, potentially leading to injuries.

‘I wouldn’t be surprised if we see a lot of knee and shoulder problems this year caused by over-excited dogs and their enthusiastic owners.

‘And if you can get your dog to stop pulling, I’d certainly recommend it, in order to protect your joints in the long run.’

One problem area might be the knee, particularly the firm area just below the knee cap which is associated with the ‘Patellar’ tendon.

Dr Angell adds: ‘It’s about the way you load the knee, and you may experience problems on the same side of the body where you hold the lead.

‘Because you’re offset as you’re walking, you haven’t got an even gait. You’re taking bigger steps on the side the dog is pulling, which could mean your bodyweight doesn’t fall straight over the leg, and instead jars to one side.

‘This unnatural planting of the weight could lead to increased loading of this patellar tendon, potentially causing issues.’

Off-setting and overloading the knee could damage any of the nearby ligaments, too.

Dr Angell reveals: ‘The knee is actually really complex. It’s a really strong joint, most of the time, until you start moving it in a way that it doesn’t want to go.

‘You can potentially rupture any of these ligaments depending on how you twist. And if you’re off-setting your gait, and the pulling on the lead means you’re slightly inwardly-turned, I would say the chances are you’re more at risk of damaging the LCL or ACL, in my opinion.

‘It’s also something that might build up over time, starting with just a niggle and then becoming worse. It’s just something I’d suggest dog walkers need to be aware of.’

Another potential pain hotspot is the shoulder.

Dr Angell, a specialist in strength and conditioning as well as cardiovascular health, says: ‘Shoulder injuries might also be a concern, particularly if you’ve got a big dog.

‘You might end up with damage to the rotator cuff, which is a group of muscles and tendons that surround the shoulder joint.

‘As soon as any joint is being stretched away from the socket, you end up with an imbalance, from front to back, and any imbalance is a problem. With the shoulder, you could end up with what’s called “anterior roll”, where you’re slightly hunched forwards, which can cause pain through the shoulder and back.’

Experienced martial artist Dr Angell says that if you do experience any pain while walking, you should take advice from a physiotherapy practitioner.

And he adds: ‘It’s all about being able to enjoy those wonderful walks with your dog without them leading to pain. Your body, and your pet, will thank you for it in the long run.

‘But don’t beat yourself up if you do struggle to stop your dog pulling. We’ve all been there, trust me, and it’s been even trickier for dog owners since training and obedience centres have been closed due to the pandemic.’

Try to keep an eye on your gait when walking, and if you do have a big dog who pulls perhaps take someone else on your walks. That way you can reduce the time spent holding the lead and potential associated injuries.


MORE : Wearing my hijab in London is easier than at home in Pakistan


MORE : Cadbury settles it – Twirls are not just Flake bars with a chocolate coating

READ  More dogs in shelters will be euthanized during coronavirus outbreak, warns animal rights group
Share on FacebookShare on TwitterShare on PinterestShare on Reddit
newsgrooveMarch 20, 2021