Wally the Walrus has been spotted again, this time looking like he should be headed for St Tropez as he sits behind the wheel of a pleasure craft.

The famous sea mammal has got quite a bad reputation recently for sinking boats, but from the look of these photos he is getting his sea legs now.

We would hop in for a ride if Wally was sailing the ship.

Nobody knows for sure how Wally, or Wal as we like to call him, made the arduous journey from the Arctic to the shores of Britain and Ireland.

However, many are speculating that an iceberg he was resting on floated away, and he found himself in unfamiliar waters. 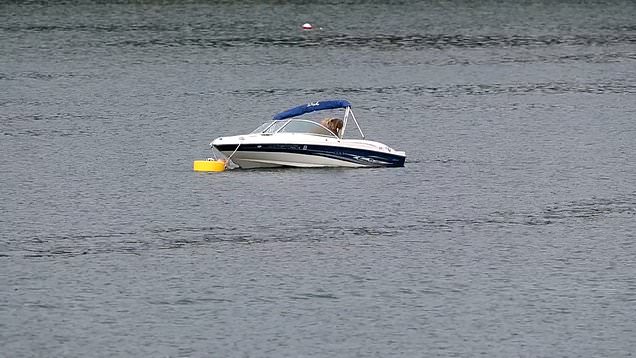 He was first seen in Wales in March, then made his way to Cornwall and the Isles of Scilly, and was most recently spotted in Crookhaven, West Cork.

People have been following his adventures with interest – but unfortunately, Wal has struggled a bit with the etiquette of how to interact with his new home, and has left some destruction in his efforts to settle in.

As he weighs around 2,000lb (143 stone), he can cause boats he rests on to capsize, or damage their fragile instruments – he has sunk at least two so far.

To try and prevent this, residents of St Mary’s bought him a pontoon which he could use as a sea ‘sofa’ instead, which he did grace with his presence for a bit.

But then he moved on again, and so has had to commandeer other vessels to get in his required rest. Residents in Ireland and now trying to get their own floating coach to give him somewhere to chill.

Many of us would find it amazing to see a walrus in the wild – but it’s not really ideal for Wal to be outside of his home habitat.

There are around 225,000 walruses living in the Arctic Circle in places like Greenland and Svalbard, but he is the only one thought to have made it to Wales, which is likely to have required a journey across the Atlantic.

Although walruses are known to travel huge distances on occasion, there are fears that his appearance could be linked to climate change, which is warming the Arctic twice as quickly than other areas.

Sea ice there is reducing and there are also related changes to food supplies in the ecosystem, with less ice algae meaning less zooplankton and then fewer fish for larger predators to feed on.

Emer Keaveney, the founder of the Ocean Research & Conservation Association Ireland (ORCA Ireland), told Independent.ie: ‘What we are seeing in the citizen-science crowdsourcing of data is that multiple Arctic species are showing up here and that is worrying.

‘You have to ask, what the hell are these animals doing here? It does raise a lot of questions about climate change. We have had so many Arctic pinnipeds – seals, sea lions – in our waters.’

It isn’t clear where Wally will go next, but if you see him in the UK it is best not to disturb him.

Walruses are protected by law, so doing so could be a criminal offence.

It’s best to just hand your boats over to Wally now on his grand tour of Europe.