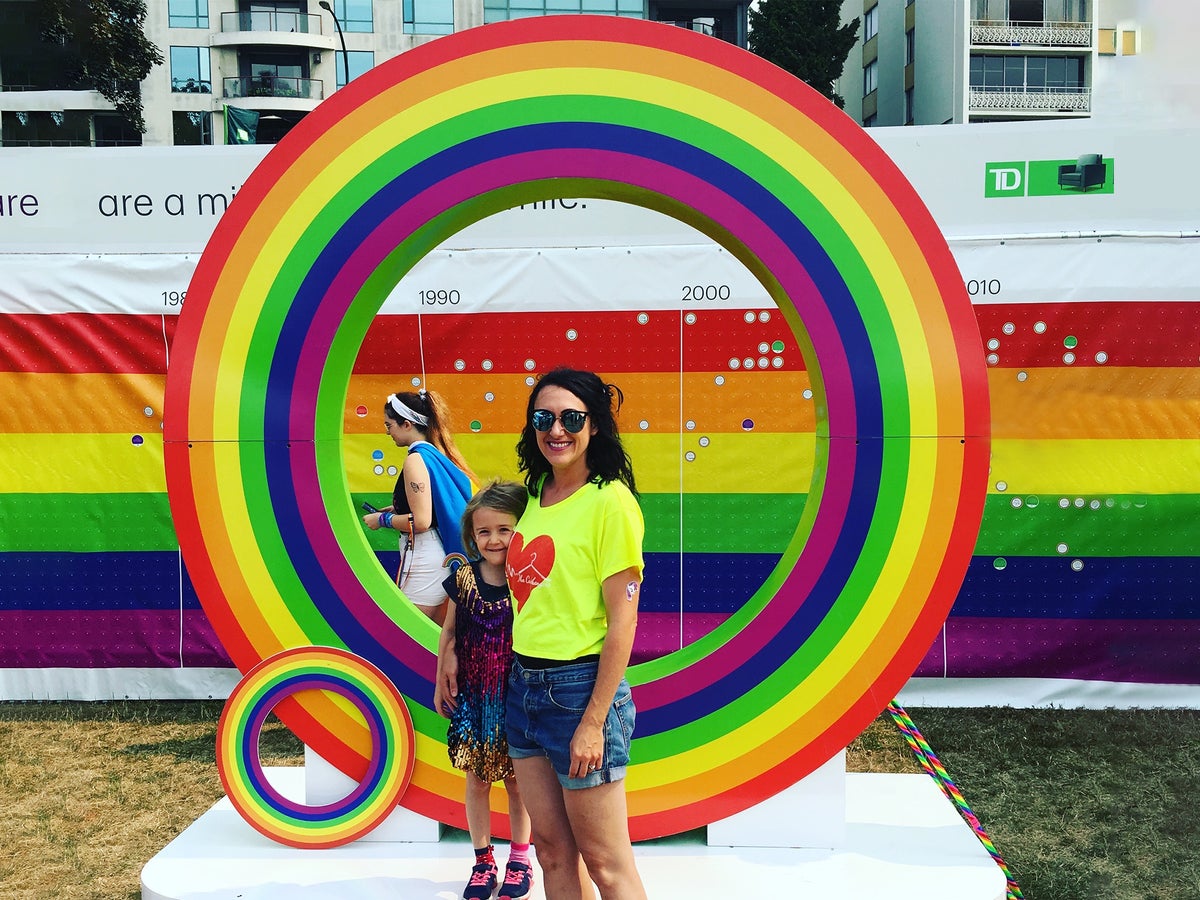 It’s Pride month, which for me (when it comes to parenting) means… well, absolutely nothing.

But, wait: it’s not because Pride itself means nothing to me – on the contrary, it means a great deal. It’s just that it doesn’t change the way I parent, or the conversations I have with my kids, who are aged five and 10.

I’ve taken my children to Pride parades since before they could walk and talk. They’ve waved rainbow flags in London, Brighton and Vancouver; they’ve been doused in glitter, blown whistles and watched incredible floats pass by. They’ve been held aloft on the shoulders of – and held hands with – bare-chested revellers, and read slogans such as, “Some people are gay, get over it” (and I can’t think of better phonics practice than that).

What they’re getting from joining in with Pride celebrations, and being taught that life isn’t all about “girl meets boy, girl marries boy, girl and boy live happily ever after” – despite what Disney would have us believe – is firsthand experience of diverse and inclusive love, celebration and joy. What could possibly be a greater life lesson?

I’ve long sworn to myself that – with age-appropriate exceptions or tweaks – I’ll always answer my children’s questions honestly, no matter what. This can, of course, feel awkward on some specific occasions (such as when my 10-year-old asked me what a “wet dream” was after hearing someone mention it at school) but that’s my embarrassment – not hers. And I answered that truthfully, too; I just had to keep my composure and quash the urge to emit a high-pitch, hysterical schoolgirl giggle (why is it that when it comes to talking about the physicality of sex, we all regress to to the mental age of a 12-year-old?)

But when it comes to explaining LGBT+ relationships to your children… well, I really don’t think it could be simpler. Try it, just the way I did: “Some men love men, some women love women and some people love both (or neither).” Ta da. It’s really not that difficult. Even toddlers get it – that’s when I first told my daughter she could love whoever she wanted to love, anyway. I think she was three.

If your child is anything like mine, this groundbreaking revelation about the various permutations of love will be met with a distinctly underwhelming, “Oh”; promptly followed by a request for a snack or a random question about what would happen if spiders didn’t like living in the wild. (What would happen though?)

And that’s the wonderful, refreshing, open-hearted thing about kids: it’s not that they don’t care, but that they make you realise that when it comes to learning about individual differences, if anyone has a problem, it’s grown-ups.

Some grown-ups, anyway: it’s utterly heartbreaking, and disheartening, to see protests taking place against LGBT+ inclusive lessons in schools, and a Tory government led by a prime minister who has refused to include trans people in a proposed ban on conversion therapy.

Want to know what my daughter thinks about the divisive rhetoric around gender, a conversation which consistently stigmatises trans people? “Girls have vaginas, and boys have willies – unless they are born in the wrong body. But EVERYONE has bums.” Everyone has bums, you see. From the mouth of babes.

Wouldn’t it be utterly refreshing if instead of avoiding topics we have no need to fear, because they’re as natural as potty-training a toddler, we, as parents, opened up the conversation around gender and sexuality to our children? If we let them know, from birth, that they have options? That they don’t have to be anything but authentic and true to themselves – that they should speak their truth?

It should be our absolute parental priority to minimise our kids’ confusion and loneliness if they feel they exist in a world where they don’t “fit the mould”; and to let them know they can be whoever – and with whoever – they want to be in the future, without fear of judgement or condemnation.

Kids accept most things a lot more easily than adults do – so it’s really down to us to normalise it for them. In my case, that came from mentioning I was dating men and women as naturally as I would tell them I was brushing my teeth. All we can then hope for is that they’ll carry the conversation forward.

Because they will – that’s another wonderful, beautiful, naturally brave thing about kids: they’ll set each other straight. I’ve heard my daughter pipe up in the playground when a bunch of kids were role-playing a wedding: “Don’t forget: girls can marry girls.” And when someone teases her – as unthinking adults tend to do (and it always grates) about having a “boyfriend”, she’ll say, cool as anything: “I haven’t got a boyfriend, or a girlfriend.”

Right on, sister. Couldn’t be prouder. 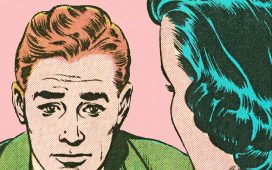