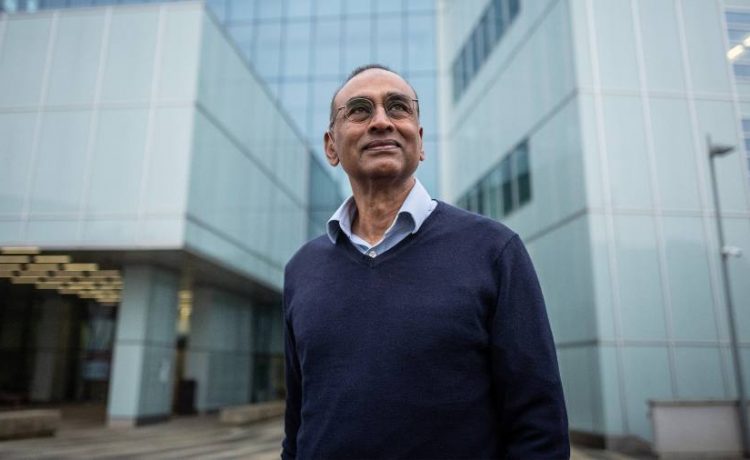 Venki Ramakrishnan reacted with incredulity to the two most momentous phone calls of his working life. In October 2009, he refused for several minutes to believe that his caller really was the secretary-general of the Royal Swedish Academy of Sciences informing him that he had won a Nobel chemistry prize, rather than a prankster putting on a Scandinavian accent.

Then early in 2015 Sir Venki (who was knighted in 2012) had a call from a vice-president of the Royal Society, the UK national academy of sciences, asking whether he would consider becoming its president — the country’s most prestigious scientific position.

“I initially thought he was contacting me for suggestions of other people,” recalls Sir Venki. He soon realised he was being sounded out for the top job but still argued against his own appointment, for technical and personal reasons, as the caller became increasingly irritated. “I didn’t think I was particularly suitable for this job,” he says.

Eventually Sir Venki — a molecular biologist known for his engaging modesty — came round to the idea and was appointed PRS, as the presidency is known in scientific circles, for a five-year term that ends on Monday.

The Royal Society is one of the world’s oldest and most influential scientific bodies, housed in a grand building overlooking St James’s Park in central London. It is a self-governing fellowship, spending £130m a year on a mission that dates back to its foundation in the 1660s: “To recognise, promote, and support excellence in science and to encourage the development and use of science for the benefit of humanity.” In addition to 210 employees, the Royal Society can mobilise hundreds of volunteers among its 1,700 fellows and foreign members. 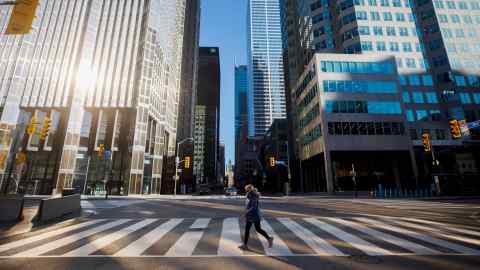 Sir Venki, who is 68, started out in 2015 with a slate of issues he wanted to pursue as PRS: “improving international relations, public engagement — and I was particularly passionate about educational reform”. But two unexpected developments got in the way. Brexit — and how to shield research from its adverse effects — has been a “total distraction” for more than four years. And Covid-19 has dominated this year. “I’ll be called the B to C president rather than A to Z,” he jokes, “because I was only able to get from Brexit to Covid.”

Sir Venki’s background as a scientist of the world, rather than a member of Britain’s great and good scientific establishment, was one reason why he was surprised to be tapped for the PRS role, but he used it effectively to argue for maintaining maximum international contacts for UK science after Brexit.

“I came to Britain relatively late in life, in my late 40s,” he says. “I had no network here. I didn’t know a wide range of people. I certainly didn’t know anybody outside science.”

Sir Venki grew up in south India in a middle-class family — both parents were scientists — and moved to the US after graduating, working at various American universities before becoming a group leader at Cambridge’s famous “Nobel Prize factory”, the MRC Laboratory of Molecular Biology in 1999.

One reason he accepted the PRS position, he says, is that “it would be a good symbol for someone coming from outside Britain, late in life, to be accepted enough to lead the voice of British science. I thought that sent a good message about the openness of Britain.”

After the referendum result, Sir Venki mobilised the Royal Society and other scientific organisations to fend off potential damage to research from the impression Brexit gave of the UK becoming a less welcoming and more xenophobic society. But he had to operate within the rules set by the Charity Commission. “Though we cannot take sides in a political question, we can state the possible consequences of something happening,” he says. 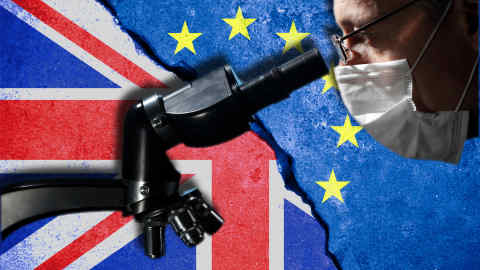 The campaign has been partially successful, Sir Venki feels, in two respects: guaranteeing the rights of EU citizens to remain in Britain; and persuading the government to introduce a visa scheme that makes it “relatively straightforward” to recruit researchers not just from Europe but from anywhere in the world.

He continues to fight for his third aim — maintaining UK involvement with the main EU research programmes after Brexit — which is still up in the air. “Three weeks ago I wrote to the prime minister urging him to get an agreement on British association with Horizon Europe, because this is so important for the future of UK science,” he says.

When reports of Covid-19 arrived from China in January followed by the first UK cases in February and the onset of a full-scale epidemic in March, ministers were “hugely distracted” by Brexit and its aftermath, Sir Venki says. That contributed to the government’s slow response and failure to impose a life-saving early lockdown, he adds.

In early March he attended a meeting of the Council for Science and Technology at 10 Downing Street “with the prime minister actually spending some time with us”, he says. “It was all about these moonshots for the future global Britain and becoming a science superpower, and there was hardly any mention of the pandemic . . . I think Brexit and the transition couldn’t have come at a worse time in terms of the pandemic.”

Under Sir Venki’s leadership, the Royal Society quickly set up a number of expert groups to advise on various aspects of the Covid-19 response, such as data analysis.

“For example we weighed in on the face masks debate early on when quite reputable scientists were very sceptical about the efficacy of face coverings,” he says. Although there were no rigorous clinical trial results to show they reduced coronavirus transmission, the Royal Society found good evidence from physical and observational studies to support advice to wear them. After appearing on radio and television to advocate wearing masks in public, “I got a lot of hate mail from crazy people who think of masks as somehow an infringement on their civil liberties.”

The new PRS is the distinguished statistician Adrian Smith, who is chief executive of the Alan Turing Institute, the national centre for data science and artificial intelligence. Unlike Sir Venki five years ago, Sir Adrian is someone at the heart of the UK scientific establishment.

The selection procedure this time was less opaque and more systematic than when Sir Venki appeared unexpectedly out of the mist. “There was a shortlist, there was actually an interview process,” he says. “But the actual election itself is what I call a North Korean election because the council decides on one name and the ballot goes out to all the fellows with only that name on it.”

While presiding over the Royal Society, Sir Venki has continued to run a lab at the LMB, investigating the biochemical processes that translate genes into proteins. He can now devote more time to this research, while writing a second book to follow the successful Gene Machine: The Race to Decipher the Secrets of the Ribosome, which described the work that led to his Nobel Prize.

“I enjoy public engagement and I enjoy writing,” he says. “The next book will be about ageing and death. It’s an interesting biological problem but I am also motivated by the fact that anti-ageing has become a multibillion dollar industry and I sense that there is something not quite right about it.”

Who is your leadership hero?

Lawrence Bragg. Still the youngest person to win a science Nobel Prize at the age of 25, he went on to nurture generations of great scientists with his encouraging and empathetic manner, and his refusal to take credit for the work of his juniors. His vision helped launched two fantastic fields outside his own field of crystallography: molecular biology and radio astronomy.

What was the first leadership lesson you learnt?

Have goals that are ambitious and do not be seduced by what is easy but trivial. Try to surround yourself with people at least as bright as you are, give them independence and a feeling of ownership of their work, and never be afraid to show ignorance or ask for help.

What would you be doing if you weren’t a scientific leader?

If I had the talent, creativity and courage, I would have liked to be a writer or musician. They put so much of themselves into their work and then risk exposing it all to the unforgiving judgment of the public.