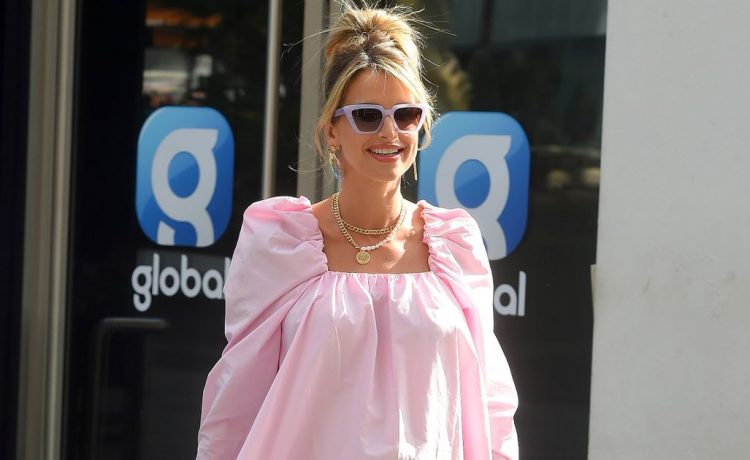 Vogue Williams says she won’t take any time off work when she gives birth to her second child and will leave husband Spencer Matthews bringing up baby.

The 34-year-old Irish model and presenter is expecting her second child with 31-year-old husband Spencer.

Vogue currently works as a radio host for Heart FM and is expecting a baby girl – after welcoming son Theodore on 5 September 2018.

When it comes to welcoming her second child, Vogue says she is happy to hand over feeding and nappy duties to former Made in Chelsea star Spencer while she heads off to work.

She told The Sun: “I love working at Heart and I really want to just carry on.

“If I was in an office working nine to five I would probably want to take some time off, but I’m lucky in the way I work — I leave my house at 4.50am and I’m back by 9.20am so Spenny will be on baby duty while I go out to work.”

The expectant beauty went on to say she will be easily able to juggle work and motherhood as her employers offer such a mum-friendly work environment.

“I can come back home to my babies having only missed one feed.

“I could bring the baby with me to do the show — they’re really good like that at Global (owners of Heart Radio) and if I wanted to they would support me doing it. But I don’t think I’ll need to.”

Vogue and Spencer tied-the-knot in June 2018 before becoming first time parents in September that year.

Vogue had been the host of Sunday Breakfast on Heart FM since March this year.

The Irish beauty was previously married to former Westlife star Brian McFadden, 40, who she divorced in 2017 after five years of marriage.

He said: ‘I was always pretty selfish. Vogue and I weren’t looking for a serious relationship at the time we met and I think that’s probably part of the reason why we became so close as friends first. It made sense.

‘I recognised a lot of Vogue in me and vice versa. We fit, we were very compatible together – even my mum thinks we’re similar! She’s my best mate. When Vogue came around, that was me done… ultimately Vogue and Theodore are what matters.”