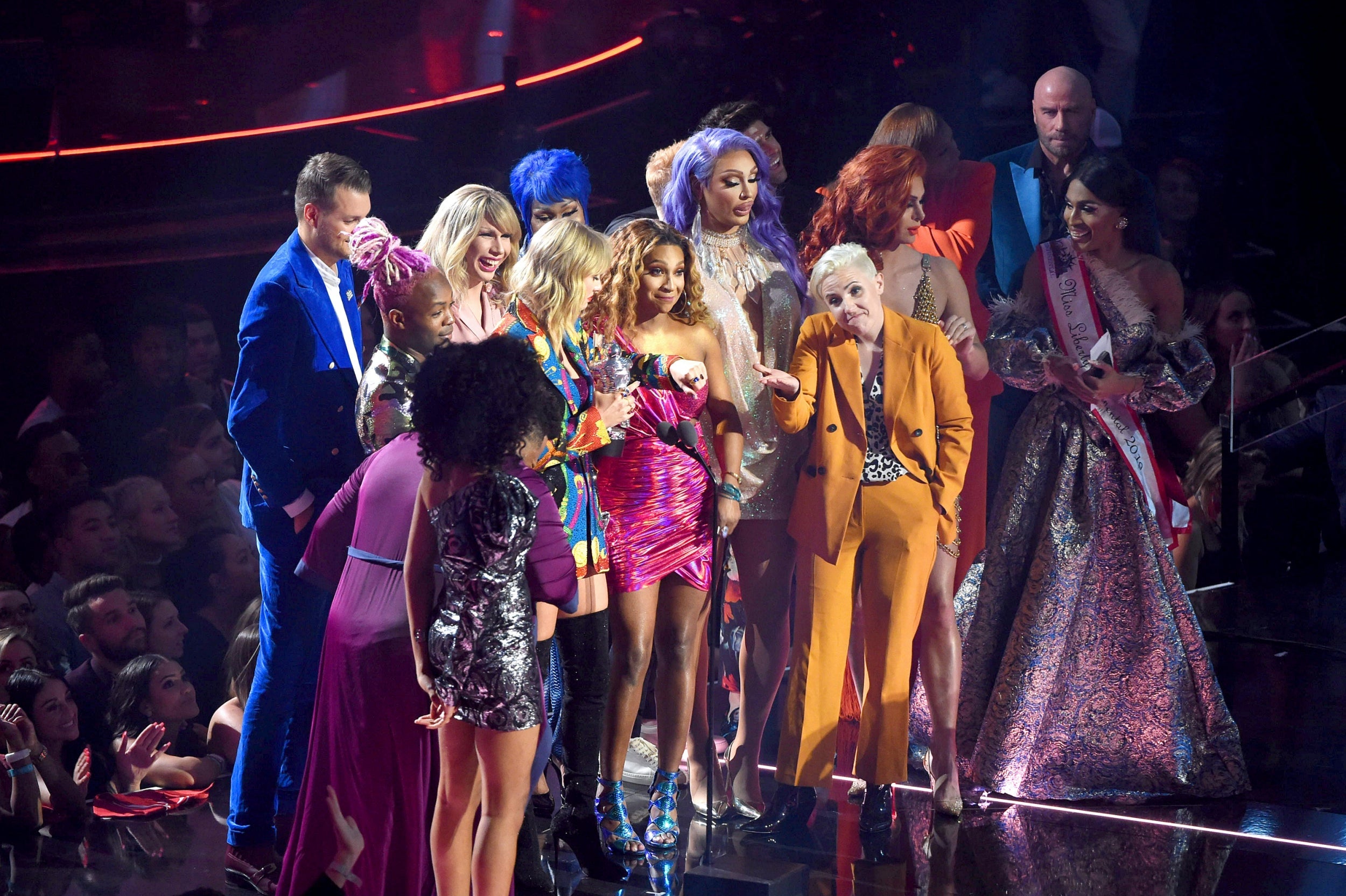 Taylor Swift and Lil Nas X led the winners as this year’s VMAs, with the night’s top honour going to Missy Elliot.

The show took place in New Jersey for the first time, and featured an opening performance by Swift with two tracks from her album “Lover” – “You Need to Calm Down” and an acoustic rendition of the title track.

Swift took home video of the year for “You Need to Calm Down”, which was released as an LGBT+ anthem during Pride month. In her acceptance speech, she spoke about the equality act: “By voting for this video, you showed that you want a world where everyone is treated equally,” she said.

Lil Nas X, whose mega-hit “Old Town Road” spent a record-breaking 19 weeks at the top of the Billboard Hot 100, took home the award for Song of the Year. “This is my first award ever,” he said, unrolling a lengthy scroll as a joke ahead of his real speech.

Missy Elliot received the Michael Jackson Video Vanguard award, along with a standing ovation for her medley performance of hits including “Get Ur Freak On”, “Work It”, “Supa Dupa Fly” and “Lose Control”.

VIDEO OF THE YEAR

“You Need to Calm Down,” Taylor Swift *WINNER

ARTIST OF THE YEAR

SONG OF THE YEAR

“In My Feelings,” Drake

“You Need to Calm Down,” Taylor Swift

“ME!,” Taylor Swift ft. Brendon Urie of Panic! At The Disco

PUSH ARTIST OF THE YEAR

“You Need to Calm Down,” Taylor Swift

“Who Do You Love,” Monsta X ft. French Montana

“Call You Mine,” The Chainsmokers ft. Bebe Rexha *WINNER

“My Blood,” twenty one pilots

“Land of the Free,” The Killers

“You Need to Calm Down,” Taylor Swift *WINNER

“You Need to Calm Down,” Jarrett Fijal

“You Need to Calm Down,” Brittany Porter

“I Love It,” Tino Schaedler

Taylor Swift, “You Need To Calm Down”

The Chainsmokers, Bebe Rexha, “Call You Mine”

READ  Madness become second act to be honoured on Music Walk Of Fame in Camden
Share on FacebookShare on TwitterShare on PinterestShare on Reddit
newsgrooveAugust 27, 2019