Vitamin B12 deficiency warning – do you walk like this? Hidden signs revealed 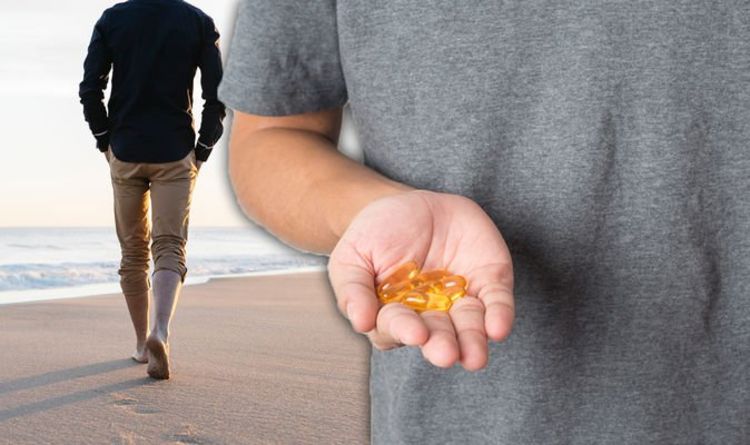 Vitamin B12 is used by the body to make red blood cells, according to the NHS. It’s also used to produce DNA, and to keep the nervous system healthy, it said. You could have a vitamin B12 deficiency if you’re constantly having headaches, lose your appetite, or if you’re always feeling tired. But you could also be at risk of the condition if you’ve noticed a change to the way you walk, it’s been revealed.

A vitamin B12 deficiency causes damage to your nervous system, which affects the way you move, said dietitian Helen West.

It therefore affects your overall balance, and may make you more prone to falling.

You should consider eating more vitamin B12-rich foods if you suddenly feel like you’re more likely to lose your balance.

“Unfortunately, B12 deficiency is common, especially in the elderly,” said West, writing on medical website Healthline.

“You’re at risk of deficiency if you don’t get enough from your diet or aren’t able to absorb enough from the food you eat.

“If untreated, the damage to your nervous system caused by a B12 deficiency could cause changes to the way you walk and move.

“This symptom is often seen in undiagnosed B12 deficiency in the elderly, as people over the age of 60 are more prone to a B12 deficiency.

“However, preventing or treating deficiencies in this group may improve mobility.”

You could also be at risk of a vitamin B12 deficiency if you develop a swollen tongue, she added.

The inflammation makes the tongue appear more stretched out, so it could look smoother.

But, it can make the tongue feel very painful to the touch, and it could change the way you speak.

Other, more common warning signs of a vitamin B12 deficiency include tiredness, feeling dizzy, and irritability.

You should speak to a doctor if you’re worried about vitamin B12 deficiency symptoms.

But you can top up on the vitamin by eating certain foods. The best sources of vitamin B12 include beef, liver, dairy foods, eggs, and salmon.

A vitamin B12 deficiency could be caused by pernicious anaemia – a condition that’s caused by the body’s immune system attacking healthy stomach cells.

Diagnosing the condition early is crucial, as it can lead to heart conditions and temporary infertility on rare occasions.