Vitamin B12 deficiencies are very common, especially amongst the elderly. A person becomes at risk of having a deficiency if they don’t get enough from their diet or aren’t able to absorb enough from the food they eat. Those who are most at risk are those who’ve had surgery which removed part of the bowel that absorbs B12, people on the drug metformin for diabetes, people following a vegan diet and those taking long-term antacid drug for heartburn. If a person feels a certain sensation that makes them feel unsteady it could be a B12 deficiency. What is it?

Vitamin B12 is an important macronutrient for healthy nutrition.

Having a vitamin B12 deficiency is common and can present itself in a number of ways, making it difficult to identify.

READ MORE: Bedbug warning: The four warnings you may have an infestation in your home

Without the protection of B12, the nerves in the spinal cord can wither and this leads to a person feeling dizzy and wobbly.

If a person becomes anaemic due to B12 deficiency this may also cause feelings of dizziness especially when exerting oneself.

This is because the body lacks the red blood cells it needs to get enough oxygen to the body’s cells.

However, these symptoms can have many causes, so if a person notices that they are unusually breathless and dizzy, they should speak to their GP to investigate the cause.

If B12 deficiency is left untreated, the damage to the nervous system also affects the way a person walks and moves.

It may even affect their balance and coordination, making one prone to falling.

The symptom is often seen in undiagnosed B12 deficiency in the elderly, as people over the age of 60 are more prone to a B12 deficiency.

However, preventing or treating deficiencies in this group may improve mobility.

In a study with the US National Library of Medicine National Institutes of Health, low micronutrient levels as a predictor of incident disability in older women was analysed.

The study noted: “The role of nutritional status in the disablement process is still unclear.

The objective of this study was to assess whether low concentrations of nutrients predict the development and course of disability.”

The study involved women 65 years or oldeirand were assessed at six month intervals from 1992 – 1995.

The study concluded that having low serum concentrations of vitamin B12 created a disability in the older women.

“Nutritional status is one of the key factors to be considered in the development of strategies aimed at preventing or delaying the disablement process,” noted the study.

For those concerned about their B12 levels, eating more B12-rich foods such as clams, mussels, oysters, sardines, beef, milk, yogurt, eggs and chicken can help.

The NHS added: “If your vitamin B12 deficiency is caused by a lack of the vitamin in your diet, you may be prescribed vitamin B12 tablets to take every day between meals.

Or you may need to have an injection of hydroxocobalamin twice a year.

People who find it difficult to get enough vitamin B12 in their diets, such as those following a vegan diet, may need vitamin B12 tablets for life.”

Germany's devolved logic is helping it win the coronavirus race

Coronavirus symptoms: First signs of the illness may appear when you go to the toilet

Iron deficiency symptoms: A dermatologist reveals the sign in your nails to look out for 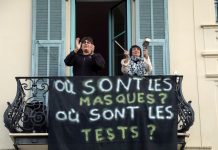 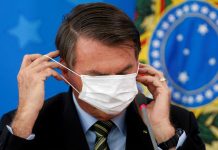 High blood pressure: The drink you can make at home to lower your reading

Type 2 diabetes symptoms: The coronavirus-like symptom to watch out for 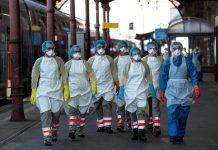