NewsGroove Uk
NewsGroove Uk > Health > Vitamin B12 deficiency symptoms: The sign in your hands you could be lacking B12
Health

Vitamin B12 deficiency symptoms: The sign in your hands you could be lacking B12

Vitamin B12 deficiency occurs when a lack of vitamin B12 causes the body to produce abnormally large red blood cells that can’t function properly. Due to Vitamin B12’s essential role in the production of red blood cells, creating DNA and supporting the functioning of the nervous system, lacking the vitamin can impair the body in a number of ways.

Experiencing the sensation of pins and needles in your hands is a particular cause for concern because it may signal nerve damage – a long-term effect of a vitamin B12 deficiency.

Research investigating the effects and causes of a vitamin B12 deficiency, suggest the cause of pins and needles may be attributed to the role vitamin B12 plays in the metabolic pathway that produces the fatty substance myelin.

The metabolic pathway is a series of chemical reactions in a cell that build and breakdown molecules for cellular processes.

Myelin surrounds your nerves as a form of protection and insulation so without B12, myelin is produced differently, and your nervous system isn’t able to function properly.

READ MORE: Vitamin B12 deficiency: A lack of the vitamin can cause these unsettling complications

It is important to get any symptoms checked out as soon as possible because, although many of the symptoms improve with treatment, some problems caused by the condition can be irreversible.

How to treat a vitamin B12 deficiency

The treatment for vitamin B12 or folate deficiency anaemia depends on what’s causing the condition. Most people can be easily treated with injections or tablets to replace the missing vitamins.

If your vitamin B12 deficiency is caused by a lack of the vitamin in your diet, you may be prescribed vitamin B12 tablets to take every day between meals, explains the NHS.

As the health body explains, stores of vitamin B12 in the body can last around two to four years without being replenished, so it can take a long time for any problems to develop after a dietary change.

Vitamin B12 is found in a number of foods.

Good sources of vitamin B12 include:

People who follow a vegan diet or who have a generally poor diet are therefore at a greater risk of developing a vitamin B12 deficiency.

There are alternatives to meat and dairy products, however, such as yeast extract (including Marmite), as well as some fortified breakfast cereals and soy products.

The NHS advises checking nutrition labels while food shopping to see how much vitamin B12 different foods contain.

You may need to have a further blood test, which is often carried out around 10 to 14 days after starting treatment to assess whether the treatment is working.

This is to check your haemoglobin level and the number of the immature red blood cells (reticulocytes) in your blood, explains the NHS.

Another blood test may also be carried out after approximately eight weeks to confirm your treatment has been successful.

READ  Coronavirus outbreak: What is a ‘superspreader’? Latest statistics on the deadly infection 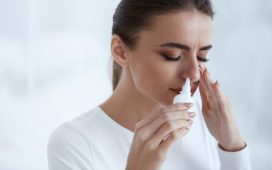 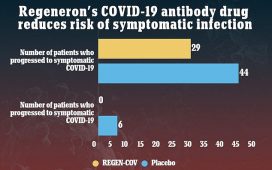 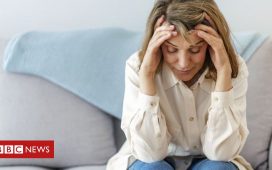 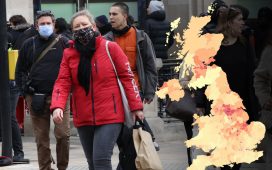 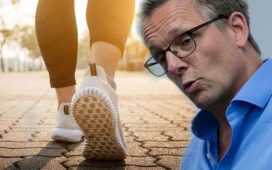 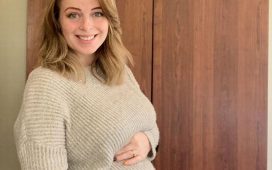