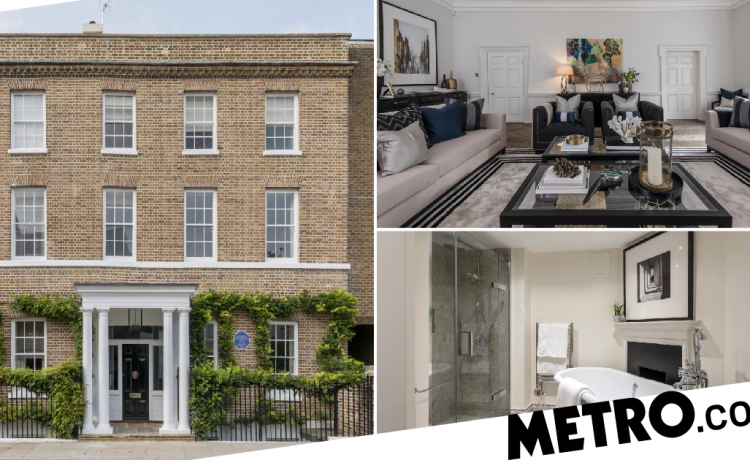 The former southwest London home of writer Virginia Woolf is up for sale.

Known as Leonard House, the Georgian property in Richmond was where the Woolfs’ famous publishing company, Hogarth Press, was born.

A blue plaque commemorating the fact that the famed writer once lived and worked there is on the wall outside.

The former Grade II listed house is now being sold for £3.3million.

Though the four-bedroom house has seen some updates over the years, it still has grandeur in spades.

The home mixes classic with contemporary styles to make for a home that’s cosy but still very fancy.

There’s also plenty of space, so, when the pandemic allows, you’ll be able to host parties worthy of Woolf’s famous protagonist Mrs Dalloway.

There are three reception rooms and four bathrooms, two of which have fireplaces.

The house is set over four floors, and also features a courtyard garden designed by Chelsea award-winner Heather Appleton.

There’s a communal main entrance that leads on to a private hallway which takes you to one of the reception rooms.

The master bedroom is on the first floor and has a feature fireplace.


MORE : Freelancer saves £1k a month after Covid forced her to quit renting and live in a van


MORE : Fairy-tale castle in its own enchanted forest is up for sale for the first time in 100 years