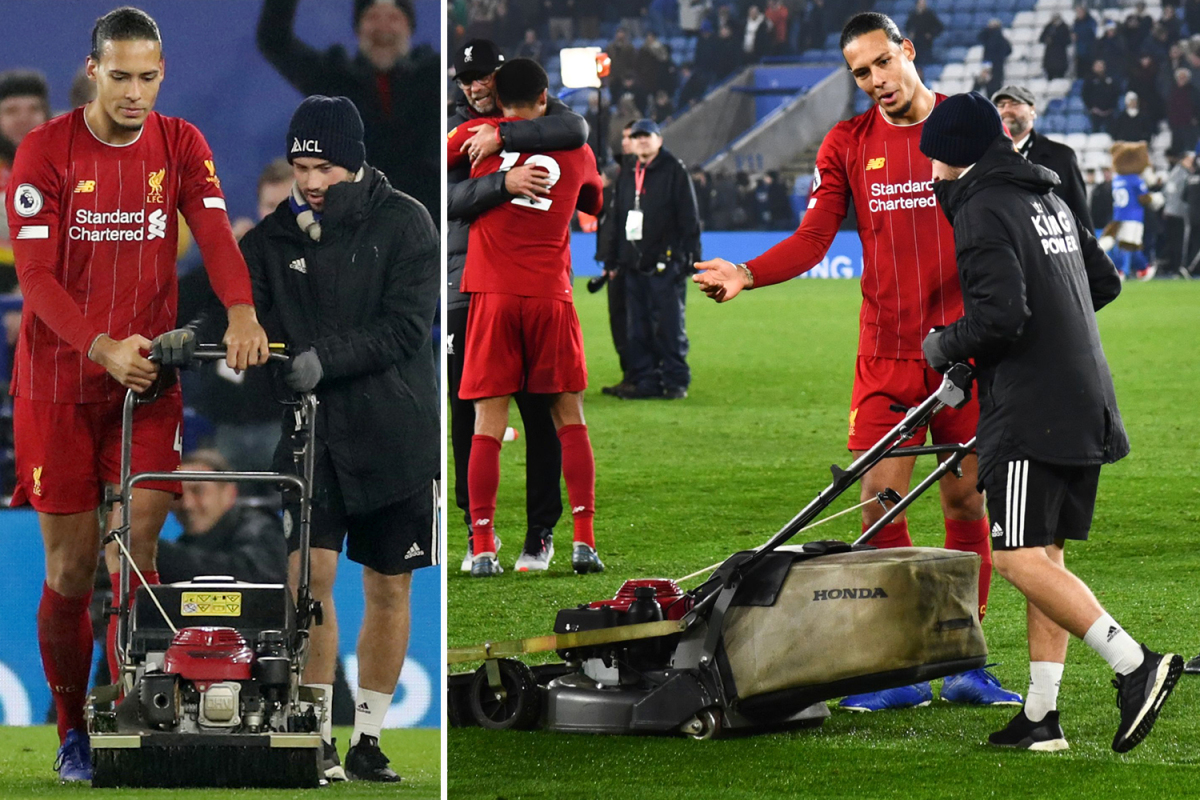 VIRGIL VAN DIJK helped a Leicester groundsman get to work on the King Power pitch after Liverpool mowed down the Foxes 4-0.

Just in case the Dutch defender didn’t cover every blade of grass on Thursday afternoon, he gave a helping hand to keeping the pitch in good condition.

After the natural lawn winner Van Dijk helped the European champions keep a clean sheet, he was pictured next to the groundsman mowing the grass.

Despite the comical scenes at the end of the game, the match belonged to Trent Alexander-Arnold – who received a huge hug from Van Dijk after the win.

James Milner converted the penalty to make it 2-0 and Alexander-Arnold’s great day was capped off as he got the fourth goal.

Sadio Mane laid it off to the full-back just inside the box on the right side and the 21-year-old drilled an effort low and hard giving Kasper Schmeichel no chance.

After the game, Alexander-Arnold said: “We played really good football after all the travelling and intense period.

“Yes it is the best performance of the season and we controlled it, to get four goals is something to be proud of.

“I don’t get on the scoresheet too often. I saw the space from Sadio Mane’s pass and thought ‘hit it first time’.

“Good to get the goals the three points is what we came for. We are made up.

“You don’t really think you will be 13 points clear but we are happy to be in this position and we will take it for granted. This is the Premier League and anything can happen.”