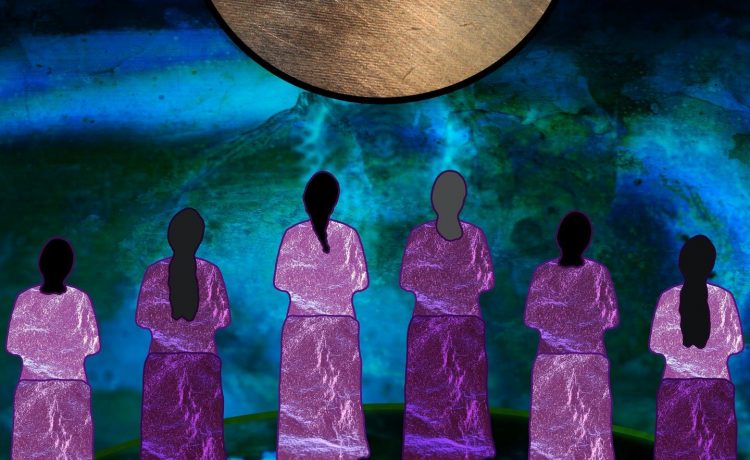 Video games are robust forms of creative expression merging design, code, art and sound. Unfortunately, many games misrepresent or appropriate from Indigenous communities by falling back on stereotypes or including cultural content without involving Indigenous people in the development process.

But done right, games have the potential to be self-determined spaces, where Indigenous people (meaning First Nations, Inuit, Métis, Native American, Maori, Aboriginal and similar communities) can express themselves on their own terms.

As game designer Brenda Romero points out, game mechanics – the systems that determine gameplay – can give players an experience teaching deep and powerful lessons. Her game “The New World,” for example, puts players in the role of a slave trader navigating the Middle Passage as a way to illuminate the experiences of slaves.

But when games like “Age of Empires” focus players’ attention on “discovering” or “claiming” land on a map, they are inherently reinforcing colonial views of the world. That ignores Indigenous approaches to mapping waterways and placenames, as seen in the Indigenous singing game “Singuistics,” which portrays the Americas as Turtle Island, a term recognized in many Indigenous communities.

There is a strengthening movement of Indigenous game designers and developers working to portray Indigenous storytelling, teachings and ways of knowing for their own people and the wider world.

As an Indigenous game developer and scholar of Indigenous games, I want to see more Indigenous people creating games that are simultaneously engaging and informative. Above all else, I hope to see genuine representations as well as compelling games with design inspired by Indigenous ways of knowing.

Indigenous-made games with Indigenous themes are not yet widely mass-market products, but they are gaining attention – and players – as access to technology, including mobile devices, expands.

Many people play games made, at least in part, by Indigenous developers. Indigenous people have had a variety of roles working on a wide range of games. Even “DOOM,” which helped to shape video games as we know them, was developed partially by Yaqui and Cherokee coder and designer John Romero. Of course, Indigenous game developers shouldn’t be limited to making only games that are recognizably Indigenous in theme. However, Indigenous cultures are robust influences for game ideas that can provide players with authentic viewpoints they may not experience elsewhere in mainstream culture.

Many forms of inspiration

Family, historical and traditional stories can inspire games across many genres and with varying mechanics. In “Never Alone,” the player is an Iñupiaq girl who performs common gaming actions like jumping across platforms and avoiding obstacles – while living out a family story in a game developed in collaboration with storyteller and poet Ishmael Hope as well as Iñupiaq elders and community members from Alaska.

History can be a source for intense game interactions. At one point in “Maoriland,” a game about the Indigenous people of New Zealand and their experience with European colonization, a missionary hits Maori people with a Bible. It’s a reflection of real acts of violence, including in the name of religion, that occurred during colonization.

Returning to traditional stories can offer hopeful self-expression, such as in the award-winning first-person shooter “Otsi: Rise of the Kanien’keha:ka Legends.” Developed with youth in the Skins Game Development Workshop from Kahnawake Mohawk Territory in Quebec, Canada, the game merges many traditional stories into a journey in which the player becomes the hero the village needs.

Indigenous cultural values of play and competition can inspire game design, too. “Mikan” is a video game adaptation of the Anishinaabe version of a traditional “moccasin game.” “Mikan” players click on moccasins to find birch bark carvings of tools and belongings related to harvesting wild rice. Throughout the game, players hear Anishinaabemowin, the Anishinaabe language spoken across North America and centralized around the Great Lakes region. Indigenous forms of play, like those in “Mikan,” can be embedded into wider game worlds, such as competitive hunting seen in “Spirit Lake” and “Fish Lake.”

While friendly competition is a value in many communities, other values such as generosity, gratitude and reciprocity appear in other games. In the suite of touchscreen games “Gathering Native Foods” developed for the Oregon Museum of Science and Industry, players are asked to gather salmon, wild blackberries and clams for a community feast. But if players gather more salmon than is requested, or try to grab at berries so quickly that they gather unripe ones, or stay too long at the ocean trying to take more clams while the tide is coming in, they lose. That encourages players to take only what is needed from the land and the waters.

In the singing game “Honour Water,” people can actually give back to the land and the waters. Players listen to and can sing along with Anishinaabe water songs, which are songs about the waters that are sung to the waters. By singing, players physically enact Sharon Day’s and other elders’ teachings about healing the waters.

The value of a life

When games are designed to share Indigenous perspectives, the contrast with more conventional games can spark insightful discussions that continue well beyond a gameplay session. Lakota game designer Allen Turner noticed culturally inappropriate mechanics in “Dungeons and Dragons,” including the expectation that players would take belongings from characters who died in the game – rather than honoring those who have died by respecting their remains and belongings. As an alternative, he created the tabletop role-playing game “Ehdrigohr,” in which players are encouraged to respect characters who have died.

In “Invaders,” an Indigenous spin on the classic arcade game “Space Invaders,” lives are represented not as numbers or even as the player’s own, but instead as warriors who stand side by side with the player’s character. If the attackers hit the player, he permanently loses a community member. This design reflects the very real losses experienced as colonizers attacked and decimated Indigenous communities during invasion. And the game reflects the reality of genocide: No matter how long a player holds out, the attackers keep coming until the player inevitably dies.

Designers can honor Indigenous experiences in other ways, too. For example, “Mushroom 11,” developed in part by Julia Keren-Detar, who has Algonquin heritage, allows players to play the game not only in English but also Indigenous languages, including Algonquin, Inuktitut and Anishinaabemowin, spoken across North America.

It is important for game developers not to ignore the historical fact that Indigenous people have often been denied the power, status and authority to tell their own stories. Game players will get the most powerful and authentic experiences of Indigenous insights when Indigenous people are involved in the games’ design and development. It is a vital act of self-determination for us to be the ones determining how our people are portrayed and our stories are told.

This article is republished from The Conversation, a nonprofit news site dedicated to sharing ideas from academic experts.

Elizabeth LaPensée does not work for, consult, own shares in or receive funding from any company or organization that would benefit from this article, and has disclosed no relevant affiliations beyond their academic appointment.

The Best Indie News & Video Games From The Third Week of September, 2020 – COGconnected