Video games cause mediocrity, not violence – The Eagle 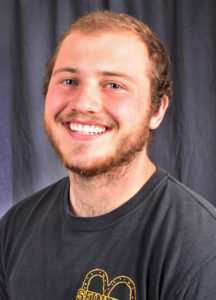 A big discussion in America following mass shootings is whether video games led to such destructive behavior.

I don’t believe video games ignite some evil passion inside someone to kill a person, I think that goes much deeper than a virtual distraction. What video games should be blamed for is a lack of motivation and creativity in our country’s youth.

According to Techjury.net, over 2.3 billion people play video games which obviously means it is a cultural norm in most places. Don’t get me wrong, I’ve played many video games in my life and I love the art of their creation. However, if you have goals in life, you should turn off your system and devote more time to your own life. Who do you want to be better, yourself or the virtual character inside that disc you paid $60.00 for? Your life is too valuable to let any of your potential be wasted playing a game for an excessive amount of time.

A big portion of YouTube’s top subscribers are gamers, which means lots of children are possibly inspired by some random guy playing games in front of a camera while spewing nonsense. The problem is these people who only play and react to video games are calling themselves “Content Creators” which is an insult to creativity. Children shouldn’t be inspired by an activity of consumption, but rather of actual creativity and meaning.

If you are in college and still scream at your TV because of games like Fortnite, then you are doing yourself and the world a disservice. As an adult, you shouldn’t waste your emotions or passion on a game that is simply programmed to be figured out. Meanwhile, you have your life to figure out and if you are focused more on games, your future will most likely seem blurry.

I get it though, everyone has their avenue to escape reality for a moment, but the continuous rise of video gaming will have negative impacts on our society. Soon, people will demand more of the world while having no goals to achieve themselves. People will assume that progress in real life happens quickly. Children that are hooked on video games will hate every second they are in school because it isn’t an environment they can control.

Why would someone want to spend time working on their personal skills when there is an online multiplayer game which satisfies their needs.  Games allow you to excel in a meaningless virtual reality.

At some point in life, you have to make a choice between improving your own life or improving a virtual character who will do nothing for you in the real world.

Most games have excellent stories, graphics and game play. However, just like anything else in life, too much of anything is not good for you. I credit some video games like Zelda or Super Metroid for broadening my imagination as a kid, but as I got older, my responsibilities grew and gaming seemed like a waste of time.

With this being said, I think people who enjoy playing games should still play their games, just a lot less. However, if you are in college, I would recommend cutting video games out of your life altogether. Get to know the people around you better, join a club, do something to bring meaning to your life.

Unfortunately, the discussion about video games causing violence has overshadowed the meaningless of video games. Blaming video games on violence is a waste of breath. If anything, it tells us that parents depend on video games to babysit their children. Instead of claiming narratives about games that have been proven wrong, parents need to step up and spend time with their own children.

My message here is that while video games serve as a good source of entertainment, they also hinder your progress in life. You can’t get to the places you want in life if you are stuck to a couch meaninglessly playing some game. 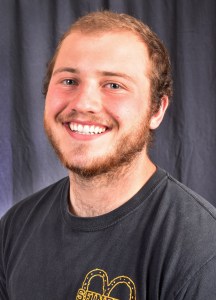