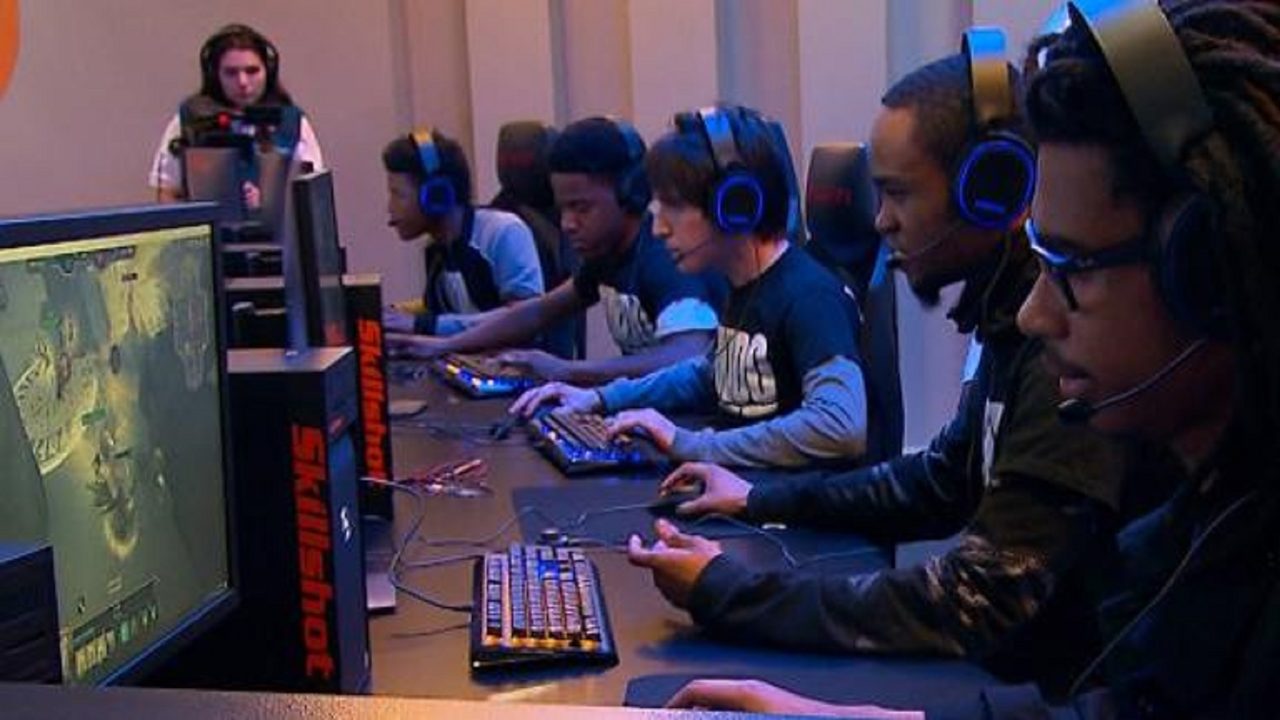 It began with Connecticut, Georgia, Kentucky, Massachusetts, and Rhode Island in the fall of 2018. A few months later, the National Federation of State High School Associations said Alabama, Mississippi and Texas charter schools have joined the mix.

CNN was recently invited to see to a competition in Georgia between North Atlanta High School and Grady High School, also in Atlanta, at the city’s newest esports arena. The venue opened in February as part of the Johnson STEM Activity Center.

The global esports market is expected to generate more than $1 billion in 2019, according to research firm Newzoo. It also estimates the esports audience will reach 454 million this year.

Two teams of students with six players each faced off in a video game game called “Smite,” one of the three high-school-sanctioned esport games, in which they battle each other as gods and other mythological characters.

According to Brian Prokes, the center’s executive director, the facility’s goal is to level the playing field and give anybody an opportunity to compete.

“If there are two schools that don’t have the facilities to host a five-on-five tournament, we are here for them,” he said.

The regular esports season runs through the end of April, with playoffs and finals starting in May.

There was a time not too long ago when playing video games for a living was a pipe dream. Now, some players are supporting their entire families from it and students are considering it a tangible career goal. Pro players can make hundreds of thousands of dollars a year, and compete for millions of dollars in prizes.

“It is nuts to me, in a good way,” said Benjamin Lupo, otherwise known in the gaming community as “Dr. Lupo.” He plays professionally and streams his gameplay online to an audience of more than 7 million followers. “Kids could be walking around with letter jackets for gaming and I love it. I absolutely love it,” he said.

With universities such as New York University and the University of California, Irvine now offering scholarships for video games, the career trajectory for esports is more similar to traditional sports than it has ever been — from high school and college to pro.

“It’s a hobby that they’re passionate about and we want to encourage that and give them a pathway to a career in the future, whether that’s as a professional video game player or in a STEM career that helps to develop future games,” he added.

In what is truly a sign of the times, some gamers are now signing endorsement deals once reserved for the likes of Lebron James and Tom Brady.

Lupo is one of those gamers. He’s the first individual esports athlete to sign an endorsement deal with State Farm.

“We have Aaron Rodgers covering football and we work with Chris Paul in the NBA space,” said Ed Gold, marketing director for State Farm. “[Now] we’ve been starting to get much more involved in esports.”

Lupo’s Twitch streams include State-Farm-branded replay. The insurance company said that was only the beginning of their relationship.

“You take a major sports advertiser like State Farm that advertise in the NFL, NBA, Major League Baseball, college basketball, college football, and now this company State Farm has said, ‘Yes, we believe in esports,'” Gold said. “Did I think we’d ever sign an esports gamer? No. But a year and a half ago there wasn’t anything called Fortnite.”

In 2018, Fortnite became an international video game sensation, and at one point, it added 125 million players in a matter of months.

“I got very lucky to get to where I am,” Lupo said. “A lot of people now are trying to make what I do and what other big names do. Fortnite had a big part to play in that really blowing the scene up.”