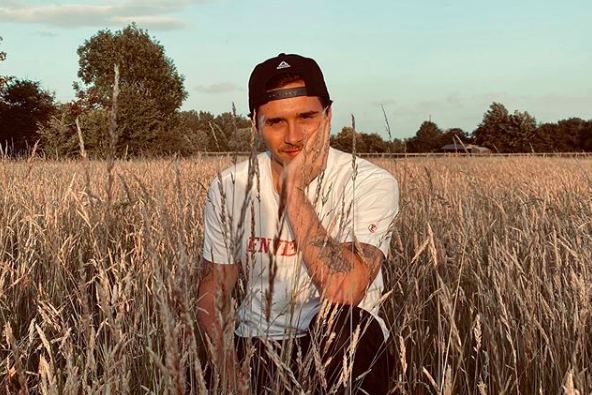 Victoria Beckham is celebrating the return of her son Brooklyn, who has returned to the UK after spending the majority of lockdown in New York.

Brooklyn was in New York with his girlfriend, American actress Nicola Peltz but now the Beckham family’s oldest son has joined them in the Cotswolds.

Victoria posted a photo of Brooklyn on Instagram, writing: “So happy to have @brooklynbeckham home with us.We have missed you so much!! kisses @nicolaannepeltz.”

Peltz commented on the post with a series of heart emojis.

Brooklyn’s return cones shortly after with his parents’ wedding anniversary, with Brooklyn sharing an adorable throwback photo of David and Victoria on their wedding day.

“Happy anniversary mum and dad,” he wrote. “I love you soooo much.”

The couple celebrated 21 years of marriage on Saturday.

Brooklyn has shared insights into his lockdown life with Peltz over the last few months, with intimate photos revealing how devoted the young couple are.

“I Promise to always be by your side,” Brooklyn wrote while sharing a mirror photo of himself and Peltz.

Brooklyn and Peltz have been dating since late 2019.

The actress and model has starred in Transformers: Age of Extinction and Bates Motel.