VICTORIA Beckham has released the clobber she hopes will turn her fashion firm around – and it includes a £390 t-shirt.

Her high-end brand is mired in debt and owes a staggering £40 million but is kept going by David and Victoria’s other business interests.

The singer-turned-designer has just released her range of costly gear for 2020 – and the price tags are eye-watering.

A blue t-shirt with a VB logo is close to £400 and buyers are told: “A luxurious take on the wardrobe staple, this T-shirt is made of raw tussah silk with a subtle shine and crepe texture.

She said of the clothes – which come in sizes four to 14: “I wanted to continue building off the notion of curating a sophisticated wardrobe for women possessing a sense of grown-up playfulness.

“Fluid silhouettes with distinctive tailoring. Composed but not overly put together, there’s an ease to their approach with a sense of occasion. Abstract, geometric patterns bring in graphic pop-art cues which are infused with a touch of the traditional through equestrian motifs.

“Throughout, there is a joyfulness rooted in the eclectic mashup. While there are allusions to the louche attitude and energy of the 1970s, it’s brought together into my modern feminine alphabet of dressing for now through lightness and accessibility.”

The firm’s directors said her designer gear brand was a victim of declining sales in department stores across the world.

The report from accountants said the drop in cash was due to “reduced volumes of wholesale trade in international markets”.

The firm had no dividend to pay to its directors as a result of the monster losses and the report said that £13.6 million was paid into the firm by shareholders to reduce the amount owed to bank HSBC.

Last year £30 million was invested in the company by a group of London-based financiers. 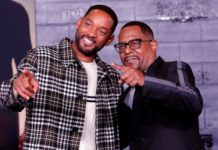 Love Island 2020 LIVE: Mike Boateng could be forced to QUIT the ITV show