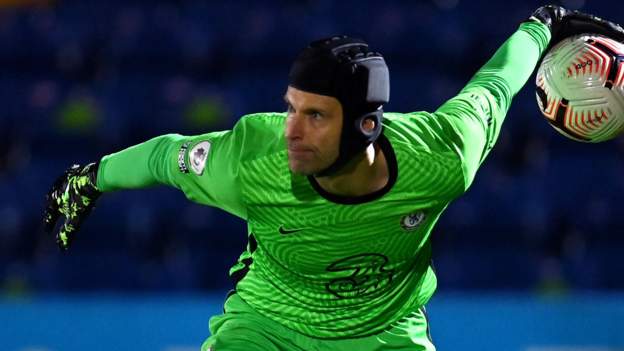 Goalkeeper Petr Cech conceded inside the first three minutes in his first match since May 2019 as Chelsea’s development squad beat their Tottenham counterparts 3-2 on Monday.

Cech, who won a record 124 caps for the Czech Republic, spent 11 years as a player at Stamford Bridge, winning 13 trophies, including four Premier League titles and the Champions League.

He last played for the Blues in the 3-1 win over Sunderland in May 2015, before joining London rivals Arsenal. He retired as a player in May 2019 after playing for the Gunners in their Europa League final defeat by Chelsea.

His return to action was not without incident. He made an error in the build-up to the first goal and then misjudged the ball into the area for Spurs’ second.

Cech was also part of a mass dispute during the match after team-mate Danny Drinkwater and Spurs’ Alfie Devine had been shown red cards.

His side, however, fought back from the two-goal deficit and secured victory in the closing minutes of the game.