The boards of Fiat Chrysler and PSA Peugeot announced plans on Thursday to create the world’s fourth-largest car maker, a $50bn (339bn) giant that they will be hoping can confront the manifold challenges facing the car industry.

The companies hope to make €3.7bn (£3.2bn) of savings without closing any factories, but unions in both the UK and France have raised concerns.

“Merger talks combined with Brexit uncertainty is deeply unsettling for Vauxhall’s UK workforce, which is one of the most efficient in Europe,” said Unite national officer Des Quinn.

“The fact remains, merger or not, if PSA wants to use a great British brand like Vauxhall to sell cars and vans in the UK, then it has to make them here in the UK.“

Vauxhall employs 3,000 people in the UK, including over 1,000 at its Ellesmere Port factory in Cheshire and a similar number at its van plant in Luton.

Speaking before the deal was approved by the boards on Thursday, Professor David Bailey of Birmingham Business School warned that the Ellesmere Port plant “could be sacrificed”.

He told BBC Radio 4’s Today programme: “The Italian government will be very keen to preserve capacity at Fiat in Italy and it’s also very underutilised at the moment.

“The French government is a part-shareholder of Peugeot so it will also be keen to maintain jobs and capacity in France.

“I have a real fear that if this merger goes ahead then the likes of Ellesmere Port, which is actually a very efficient plant, could be sacrificed to get the sort of savings that the company is looking for especially in the context of all the uncertainty over Brexit.”

PSA’s chief executive Carlos Tavares warned in July that he could stop all production at Ellesmere Port if it became unprofitable as a result of tariffs and other barriers to trade introduced after Brexit.

Mr Tavares, who is expected to be named chief executive of the merged PSA-Fiat Chrysler company, said: “Frankly I would prefer to put it in Ellesmere Port but if the conditions are bad and I cannot make it profitable, then I have to protect the rest of the company and I will not do it.

“We have an alternative to Ellesmere Port.”

Investment has all but ground to a halt while figures released on Thursday showed production slumped 3.8 per cent in September. Overall output has fallen 15.6 per cent so far this year, the worst performance since 2011.

READ  From headlights to wash to MOT, here’s how to give your car a makeover for less — plus win £15,000 on the Sun Savers Raffle

Let’s move to Linlithgow, West Lothian: Silicon Glen capital with a regal past 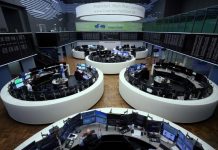