VAR, financial imbalance and a game bigger than before: Football in 2019 has never been better yet never been worse 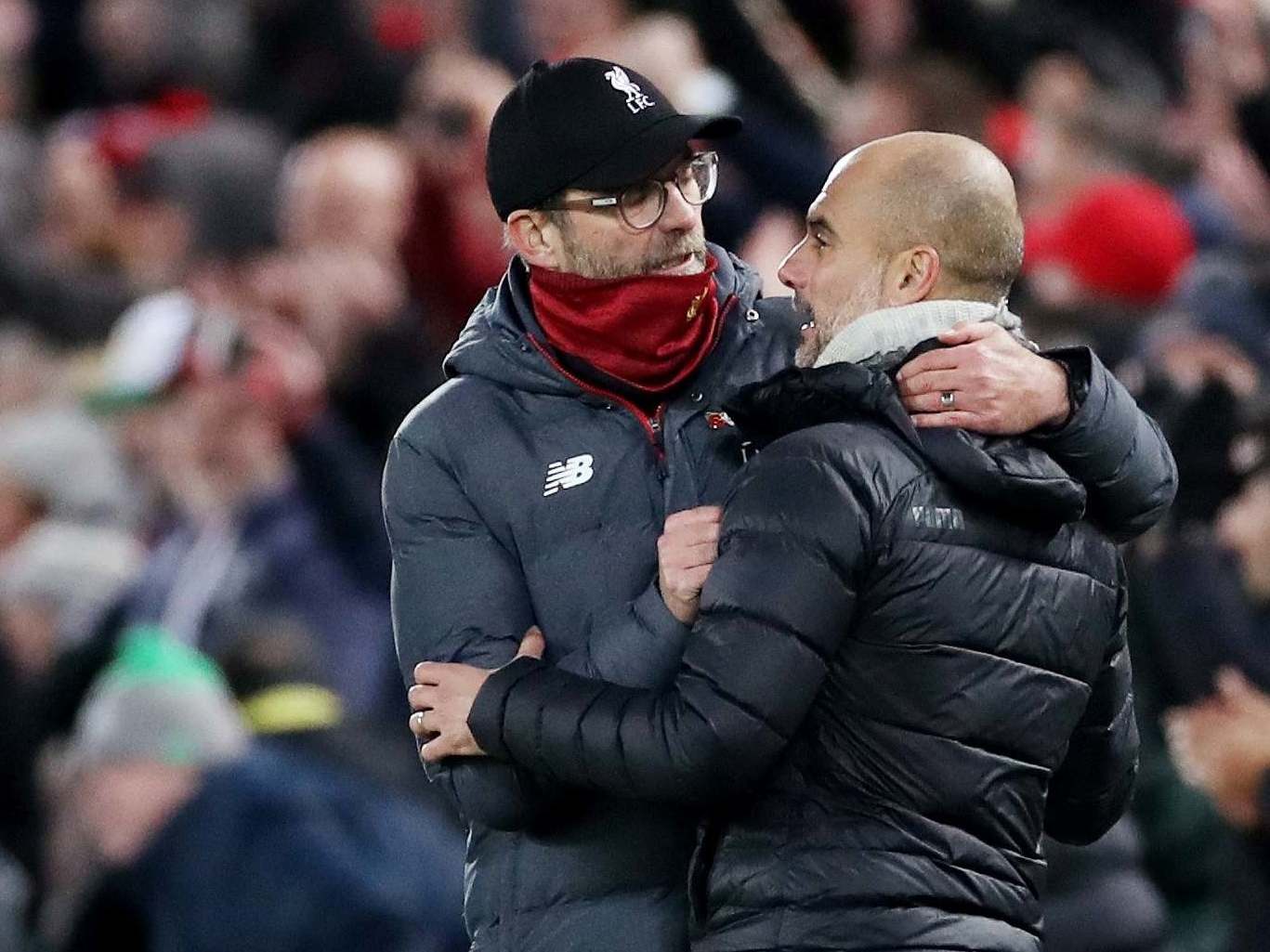 As Liverpool complete 2019 looking so likely to finally complete their grand quest for the league title, and looking like the great example for pretty much every other team on the planet, it is worth comparing two scenes in their dressing room from opposite ends of the year. Both reflect what this 12 months will ultimately be remembered for.

After Liverpool’s very first game of the year, that fateful Premier League match at Manchester City, their players were left lamenting the mere millimetres of the ball that didn’t go over the goalline. It directly cost Jurgen Klopp’s side the title in one of the tightest and most relentless ever races. It also remains their only league defeat since May 2018, and represented one of those painful lessons that proves crucial to a team taking the next step.

After Liverpool’s last game of the year, against Wolves on Sunday, their players were left relieved at the mere millimetres of Jonny’s foot that were ahead of the offside line. It preserved what remains the greatest league season ever seen, with 55 points from 19 games, through a decision from the VAR system that itself represents the next step from goal-line technology.

It has also been painful in its own way, and meant so much more than mere millimetres.

The football year of 2019 can at least be easily measured in that way, in terms of very basic distance. It has been the year where millimetres have given way to acres of space, both in terms of coverage and – much more importantly – gaps within the game.

Perhaps fittingly for a period when a grotesque pastiche of Winston Churchill finds himself in power, never has so much been devoted to so little. It really has been a game of inches.

The column inches and basic noise about VAR have definitely ramped up as the year has reached its close, to absolutely raging levels. It has consumed most discussion for at least a quarter of the year.

Some of this has been inevitable, but not just from “teething problems” of a first season in the Premier League. There’s also the frothing indignation that has always served as some of the game’s life blood.

VAR has not just changed the ability to apply the rules, but also changed the outlet for frustration. Anger at officials and almost anything else has been transferred to anger at technology and its consequences.

This is not to say a lot of the anger is unjustified. VAR clearly has significant problems that warrant surveying the whole enterprise. Some elements of it are good, and it does now seem absurd to go back to a situation where individual humans make decisions on gut instinct rather and incomplete information … but a lot of it has also been very bad.

Most gallingly, the long delays for the most marginal of calls just feel deadening, and so frustrating.

No one wanted this. Many didn’t even want some of the goals against them ruled out. That is when it does become an issue, and the exact price of the accuracy does deserve to be questioned. It is occasionally difficult not to wonder whether this is all actually worth it, given how many complain it runs contrary to the spirit of the game.

Ifab have however maintained that it also runs contrary to the “principle” of VAR, illustrating that a lot of this is so easily fixable and just comes down to implementation, even if some of that is born of difficult English intransigence about going its own way.

It is true faith against the pure truth of decisions, enlivening emotion against unemotional accuracy. Neither are healthy.

But this is also why some of the frothing indignation is inevitable, when a calmer discussion is warranted. It has reached a point where blind fury at VAR is seen as the authentic view of the true fan, many thereby feel the need to display their disapproval in such a performative manner, just adding to wave after wave of impotent anger without anything constructive.

VAR discussion is in its own way the inevitable evolution of irate phone-ins, embittered manager press conferences about referees, and pundits using slow-motion technology from a variety of angles to effectively shame officials in unfair recriminations that often went on for days.

This is just lifeblood. There will be frothing indignation regardless. And that is performative and genuinely unhelpful when it extends to talk of “killing the game”, especially when clubs like Bury have literally died with many more likely to follow because of far greater concerns, without anything like the same level of anger.

It is like complaining about a few smashed windows as the house burns down.

Some of the reasons for VAR’s implementation are admittedly part of the wider homogenisation of football, its ongoing repackaging as the glossiest of products.

This is also one of the game’s great contradictions going into 2020, and one of its quandaries. On many levels – and at the absolute elite level of performance – the sport has never been healthier.

The spectacle of play is genuinely special. It involves exceptional technical execution, at frenetic pace, within the most sophisticated and imaginative of tactics. Attacking football rules, and has decisively won the argument, as illustrated in greatly elevated goal averages. That currently stands at a historically high 2.83 in the Premier League.

The actual football is in a much healthier state than, say, 30 years ago, when negative tactics reigned amid so many dire problems off the pitch. The game was genuinely in danger – but survived. It can survive the relative cosmetics of VAR.

Compare a 1990 World Cup that was so negative it necessitated major rule changes like the back pass, to the competition that now represents the game’s peak. The 2018-19 Champions League had VAR but its knock-out stages were widely celebrated as some of the most sensationally entertaining sporting drama ever witnessed. Far from killing the game, moments like the semi-finals – and the goals by Divock Origi and Lucas Moura – ensured the game never felt more alive. This was what it was all about.

As a very pointed example, consider another of its great comebacks. Manchester United set a tone with that match against Paris Saint-Germain, and everyone now remembers it for its drama and what it meant for Ole Gunnar Solskjaer’s future – but no longer the handball controversy that decided it. It is why so much of the current complaints are cosmetic.

It all means, for all the ongoing issues, the game has never been more popular. It has never crossed so many borders, or excited so many sections of humanity.

Consider the landmark success of the 2019 Women’s World Cup, and USA’s victory. On the other side of that, there is the tragic story of 29-year-old Iranian Sahar Khodayari. She was arrested for trying to watch a game at Tehran’s Azadi Stadium, and on release protested the ban on female spectators by self-immolation, later dying from her injuries. Known as the “Blue Girl” because of the colours of her club Esteghlal, Khodayari was recognised by one of the year’s heroes in world champion Megan Rapinoe. The game should remember Khodayari’s name as much as anything from 2019.

The very popularity of the game has led to a multitude of problems, all completely to do with the huge amount of money that comes from such popularity. A big reason for the spectacle of the Champions League, and the special quality at the elite level, is because this homogenisation of the game has led to concentration of all qualities and resources at a top level of clubs.

It has directly sapped clubs beneath that level of supporters and interest in an ever-stretching sport, hurting them at both ends and bringing many to the breaking point. The absence of regulation – especially as regards to ownership as the cases of City and Bury show in vastly different ways – only further engender this. This is where some of the anger about VAR from 2019 should be directed.

It is where those huge gaps are. It is of far, far greater threat to the game, and represents an existential threat, at least as regards the structure of football as we really know it.

It is also now directly visible in results, from Manchester City’s treble to the fact Liverpool have followed their Champions League record with this incredible run. Some of the story of 2019 is the story of the two best teams in the world going head to head. But some of that is down to worsening problems for the whole football world.

It is telling that, in the space of a mere three years, both have had near-perfect half-seasons. Both have only dropped one draw in their opening 19 games, City in 2017-18, Liverpool this year. The fact both of these records have come so close together ceases to be proof of their unique brilliance, and begins to become proof of the damaging financial disparity of football.

It of course does not mean they are not brilliant sides. It does somewhat take away from their historic legacy though, due to historic inequality.

It is part of the same issue that as seen all of the major leagues – Germany, Italy, France and even Spain – retained in 2019. It is why all those leagues completely fill the Champions League last 16 going into 2020. Football in 2019 reflects society in 2019 in that way, with ultra-capitalism eroding all structures just as far-right views – and outright racism – have again invaded the stands.

The sport has at once never been better and never been worse, pulled apart by opposites, millimetres becoming huge gaps. That is visible from the top of the Premier League table all the way through it.