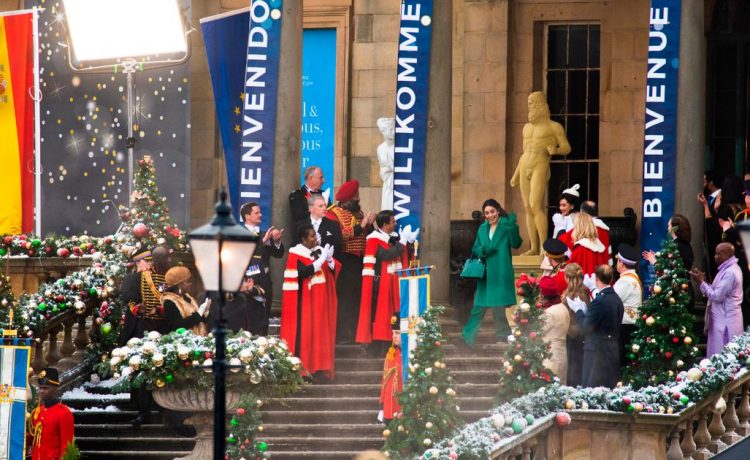 Vanessa Hudgens was all smiles as she filmed scenes for her new Netflix movie.

The actress, who shot to fame as ­Gabriella Montez in the High School ­Musical trilogy, is filming the third movie in The Princess Switch franchise.

Set in fictional Montenaro, shooting took place outside Gosford House in East Lothian, which has been transformed into Montenaro Royal Museum.

In one scene, the 31-year-old star wore a green two-piece as she descended stairs to applause from fellow cast members surrounded with Christmas trees and snow-tipped garlands.

The Princess Switch: Switched Again, which was released on ­Netflix in November, also featured locations in Scotland.

Vanessa arrived back in the country in December to start work on the latest movie.

READ  You'll Never Guess What Meghan Markle and Billy Eichner Bonded Over at The Lion King Premiere
Share on FacebookShare on TwitterShare on PinterestShare on Reddit
newsgrooveFebruary 28, 2021