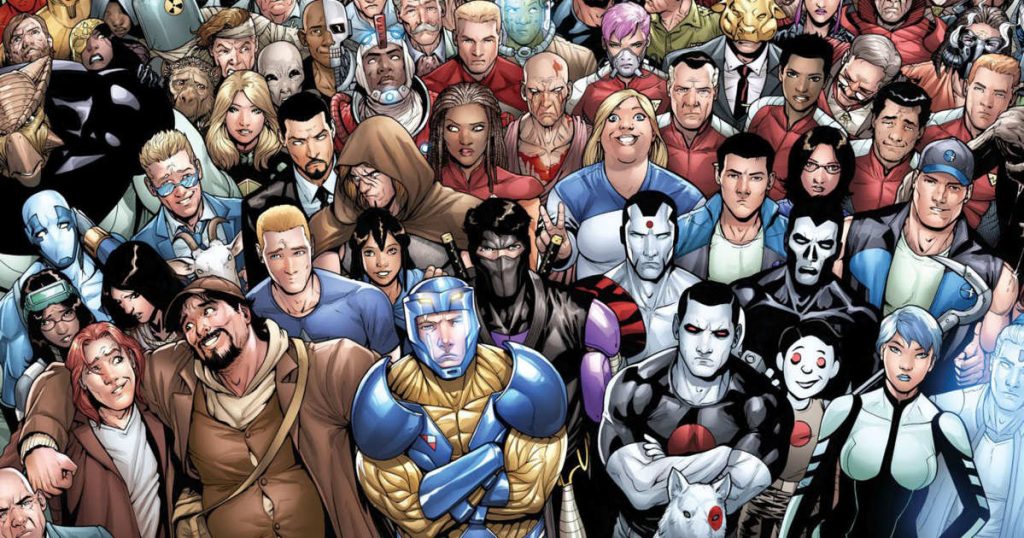 Since Valiant Entertainment’s return in 2012 the comic book publisher has done a great job a bringing back classic character that fans grew to love back in the late 80’s and 90’s. Behind characters like Bloodshot, Livewire, Ninjak, Archer & Armstrong and Quantum & Woody to name a few, Valiant is home to the third largest connected universe in comics behind the big two DC and Marvel. Now in 2020 8 years later, we are only a few months away from their first feature film from Sony Pictures, Bloodshot, starring Vin Diesel in the title role as Ray Garrison aka Bloodshot.

With Valiant Entertainment always looking for ways to expand their characters reach in media, they announced late last week that they are going to be teaming up with Blowfish Studios to develop a slate of all-new action-packed video games that feature their popular line of characters from the Valiant Superhero Universe. This is the first multi-platform video games from Valiant since Acclaim’s acquisition of the company in the 90’s.

“We’re thrilled to bring Valiant’s characters back into the video game industry and give fans the opportunity to play as their favorite superheroes,” said Dan Mintz, Founder and CEO of DMG Entertainment. “Translating these characters and stories to video games could not come at a more exciting time as we introduce the world to the Valiant Universe on the big screen with the Bloodshot release. These games are poised to become further proof of these characters’ immense potential as anchors in pop culture.”

“Getting the chance to work with Valiant’s Universe will certainly bring forth some refreshing new experiences for fans and gamers alike to explore,” stated Michael Bolden, Head of Publishing at Blowfish Studios. “I’ve always been a fan of characters like Ninjak, Bloodshot, and X-O Manowar. Valiant’s Universe presents a wealth of unique characters and rich stories that we look forward to introducing to fans as an interactive experience worldwide.”

“Valiant is a mainstay of superhero fiction, and with their amazing history in comics and games I am excited to bring their next game to life,” remarked Ben Lee, Managing Director at Blowfish Studios. “We look forward to sharing our vision of the Valiant Universe to gaming fans worldwide.”

Blowfish Studios is an award winning independent game developer that is based out of Sydney, Australia. They strive to release multi-platform original games, as well as to collaborate with developers around the globe. Along with this game partnership Valiant has many other projects currently in the works. This includes a Harbinger film that moved from Sony Pictures to Paramount Studios as well as a Quantum and Woody television series to be executive produced by the Russo brothers.

As a fan of many Valiant characters, I look forward to see what they come up with as far as games. Personally I would love to see a Ninjak game as it would offer gamers an opportunity to use his many skills and talents throughout the game. What Valiant character would like to see in a video game? Let us know in the comment section below!