Utah Monolith: Alien hunter believes structure may have been taken to Area 51 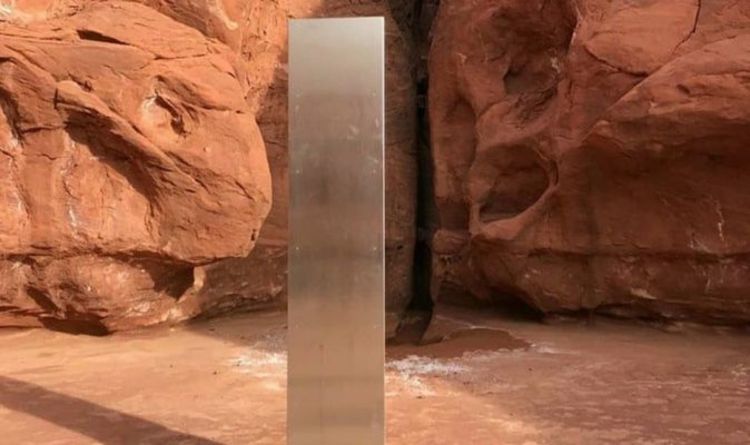 Alien hunters and conspiracy theorists were sent into a frenzy on November 18 when a helicopter flyby from the Utah Department of Public Safety found a huge metal structure in the middle of the Utah desert. The mysterious monolith popped up without reason and warning, leading experts to be baffled over its discovery. However, as mysteriously as it arrived, the monolith vanished over the weekend of November 28.

The strange 12 ft (3.7m) high metal oblong prompted wild speculation across the internet, with theories ranging from an art installation to a film prop – and even aliens.

One alien hunter believes there is a chance the structure was taken by the US military, so it could be analysed at the secretive Area 51.

Prominent conspiracy theorist Scott C Waring gave his theories on where the monolith vanished to.

He wrote on his blog UFO Sightings Daily: “What happened to the original monolith?

“1. I place an 80 percent chance it was stolen due to its fame and the gov saying it wants theirs, so it will soon be sold anonymously at Christies Auction house.”

“2. I place a 15 percent chance that Men in Black or gov workers dressed in black military outfits and black trucks came and removed the object for fear its an actual alien probe or ship.

“NASA space probes are hollow -this monolith is said to have sounded hollow. Taken to Area 51 to cut it open and try to find out what it is and if any of its technology could be useful to the US military.

“3. I place a 5 percent chance on this actually being an alien ship or probe and that the object itself has moved its location, because the pilot who had walked away from it may have looked human and was mingling and living in a city not too far away and thought this desert location was safe to leave the ship.

“Four guys rounded the corner and two of them walked forward. They gave a couple of pushes on the monolith and one of them said ‘You better have got your pictures.’

“He then gave it a big push, and it went over, leaning to one side. He yelled back to his other friends that they didn’t need the tools.

“The other guy with him at the monolith then said: ‘This is why you don’t leave trash in the desert.’

“Then all four of them came up and pushed it almost to the ground on one side, before they decided to push it back the other when it then popped out and landed on the ground with a loud bang.

“They quickly broke it apart and as they were carrying to the wheelbarrow that they had brought one of them looked back at us all and said ‘Leave no trace’.” 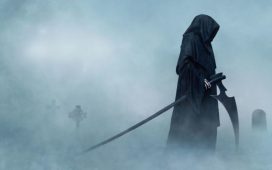 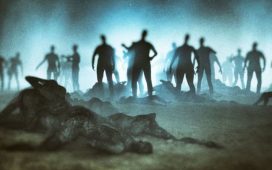 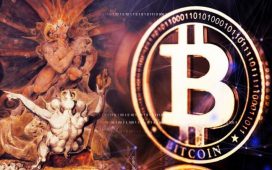 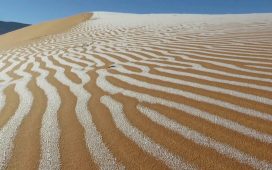 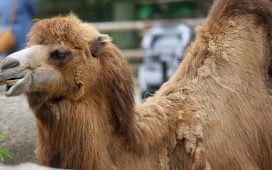