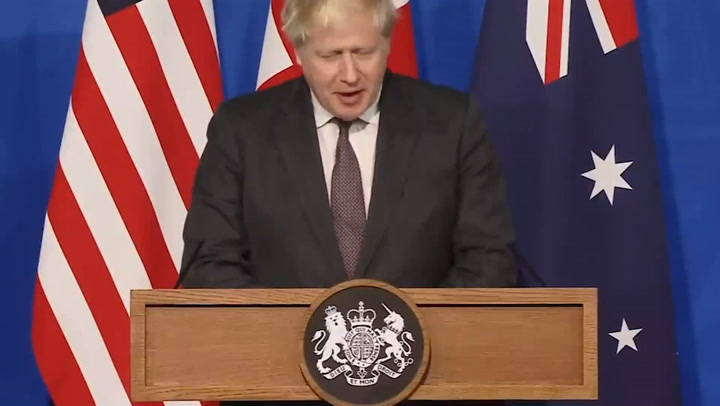 Britain, America and Australia have announced a “landmark” defence pact to boost their defences and share nuclear submarine secrets.

The initiative, which focuses on helping the Australian navy, comes amid growing concerns over China.

Australia’s ABC News said it the country would use the American and British technology to replace its existing Collins class submarines with a type more suitable to the deteriorating strategic environment.

It said the new three-nation security pact would be known as AUKUS and will likely to be seen by China as a bid to counter its regional influence, especially in the contested South China Sea.

In the states, it was reported that Biden plans to announce a plan on Wednesday to share advanced technologies in a working group with Britain and Australia as part of moves to counter China.

It quoted one of the sources as saying that as part of the pact, the United States and Britain would share their knowledge of how to maintain nuclear-defence infrastructure.

Australia in 2016 selected French shipbuilder Naval Group to build a new submarine fleet worth $40 billion to replace its more than two-decades-old Collins submarines.

It has been one of the world’s most lucrative defence deals, but has been beset by issues and delays due to Canberra’s requirement that the majority of the manufacturing and components be sourced locally.

A Downing Street spokeswoman said: “At 2200 BST tonight the Prime Minister will make an on-camera address, alongside US President Biden and Australian Prime Minister Morrison, on a strategic national security announcement.”