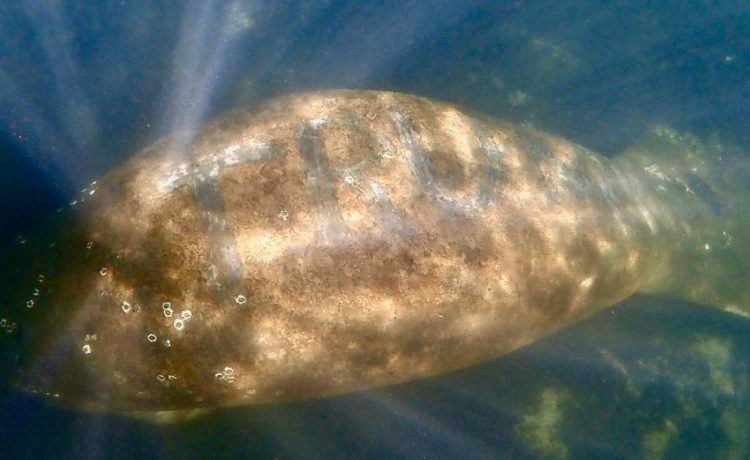 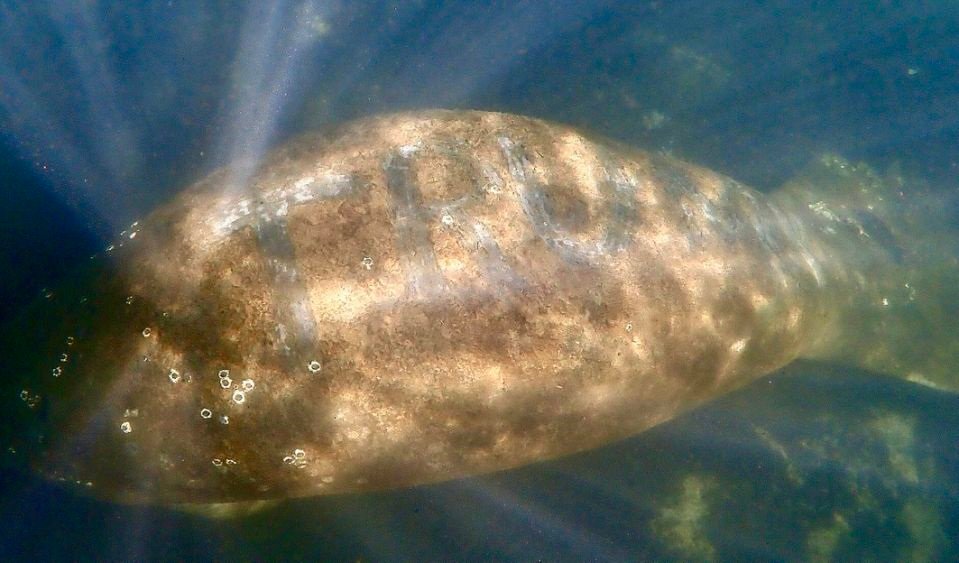 The manatee was found in a Florida river with the word “Trump” written on its back.

The US Fish and Wildlife Service has opened an investigation into the harassment of a manatee found in a Florida river with the word “Trump” written on its back, the agency confirmed on Monday.

The West Indian manatee, a species classified as “threatened” under US wildlife protection laws, was found on Sunday in the headwaters of the Homosassa River on the state’s west coast, about 160 km west of Orlando.

A spokeswoman for the US Fish and Wildlife Service said the manatee did not appear to be seriously injured.

The Citrus County Chronicle published a video showing an underwater view of the slow-moving mammal, with the word “Trump” written in big letters. How the letters were written was not immediately clear. It was also not clear if the act was meant to bring attention to President Donald Trump, a Florida resident.

The Tucson, Arizona-based Center for Biological Diversity said it was offering a $5 000 reward for information leading to a conviction in the case.

Harassment of manatees is a federal offense punishable by a fine of up to $50 000 and/or up to one year in prison.

READ  Easy prey: The largest bears in the world use small streams to fatten up on salmon

Strikes by boats are the top cause of death for the mammal; but loss of habitat, algae blooms and disease also threaten them. There are more than 6 300 manatees in Florida, up from about 1 267 in 1991.