AN URGENT holiday warning has been issued as hundreds more flights have been cancelled this weekend.

Aviation experts had previously told how staff shortages, IT issues, air traffic problems and a surge of travellers post-Covid had caused a “perfect storm” of chaos for holidaymakers.

And Britain’s biggest Union Unite added a further blow to travellers, warning that the chaos could last until 2023. 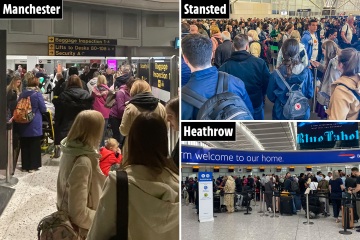 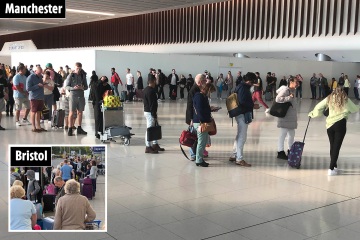 EasyJet said it was “very sorry” for axing 80 flights on Sunday.

Kam Hosseini was stuck in Faro, Portugal, after his Saturday evening Wizz Air flight to Cardiff was grounded “minutes before check in by text message”.

He said: “We were told the next flights to the UK we can get on are Wednesday onwards.”

He said: “I was only meant to be here for six days.”

And sales manager Leann Nash, 45, of Beckenham, South East London, was delayed for five days in Alicante, Spain, with her husband and four kids.

She said: “I can’t get through to anyone.”

Construction worker Kevin Granger said he spent 14 hours on the streets in Turkey with his wife and three children following an 11-night break.

Kevin, 38, of Shoreham, West Sussex, added: “We checked with EasyJet the flight was still going ahead. But it was cancelled the minute we got to Dalaman Airport.”

In Manchester, wedding snapper Kelly Clarke, 42, waited 48 hours with her son, nine, for a rescheduled TUI flight to Tenerife — only for it to be cancelled. She said: “Zero staff, zero explanations.”

And extra pressure was piled on A-level students who risked missing exams and even losing university places.

One worried head teacher said: “If they do miss an exam they can’t retake it until next year.”

British Airways cancelled further flights on Sunday – although the amount is unclear.

On Saturday, 124 journeys were cancelled affecting both long haul and short-haul flights.

And EasyJet cancelled around 80 flights as part of their schedule reduction until June 6.

The company has apologised and have promised disappointed customers they will be able to rebook or get a refund.

A spokesperson told The Sun: “Many of these flights have been cancelled ahead of customers arriving at the airport.”

The flight carrier apologised to impacted travellers and said support plans – which include replacement flights and accommodation options if necessary – were being activated.

More than 30 flights were grounded on Saturday amid a chaotic weekend, including flights from London Gatwick, Manchester, Bristol and Edinburgh to destinations across Europe such as Amsterdam, Pisa, Prague and Venice.

TUI announced yesterday that they would cancel nearly 200 flights throughout June to reduce travel chaos with short notice cancellations – however all passengers appear to have been contacted directly by the carrier.

A spokesperson for Jet2 confirmed it has not cancelled flights.

They said: “The half-term period is a very popular time for holidaymakers and we are operating a huge programme of flights, taking many thousands of customers away on their well-deserved holidays.” 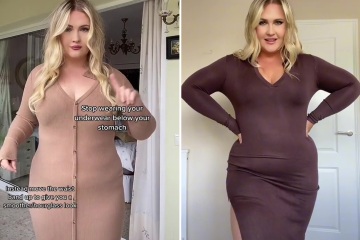 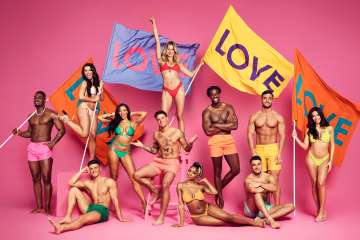 Some Brits however were left fuming as they faced four-hour queues at passport control in Spain on Sunday – despite EU tourists zooming through.

Sun-starved holidaymakers touching down in the tourist hotspot have vented their frustrations after experiencing lengthy delays in Majorca, Alicante and Malaga. 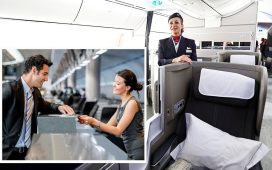 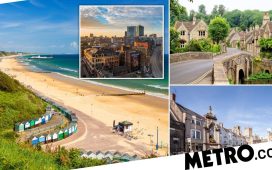 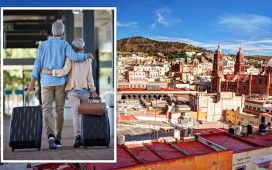 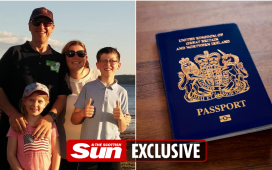