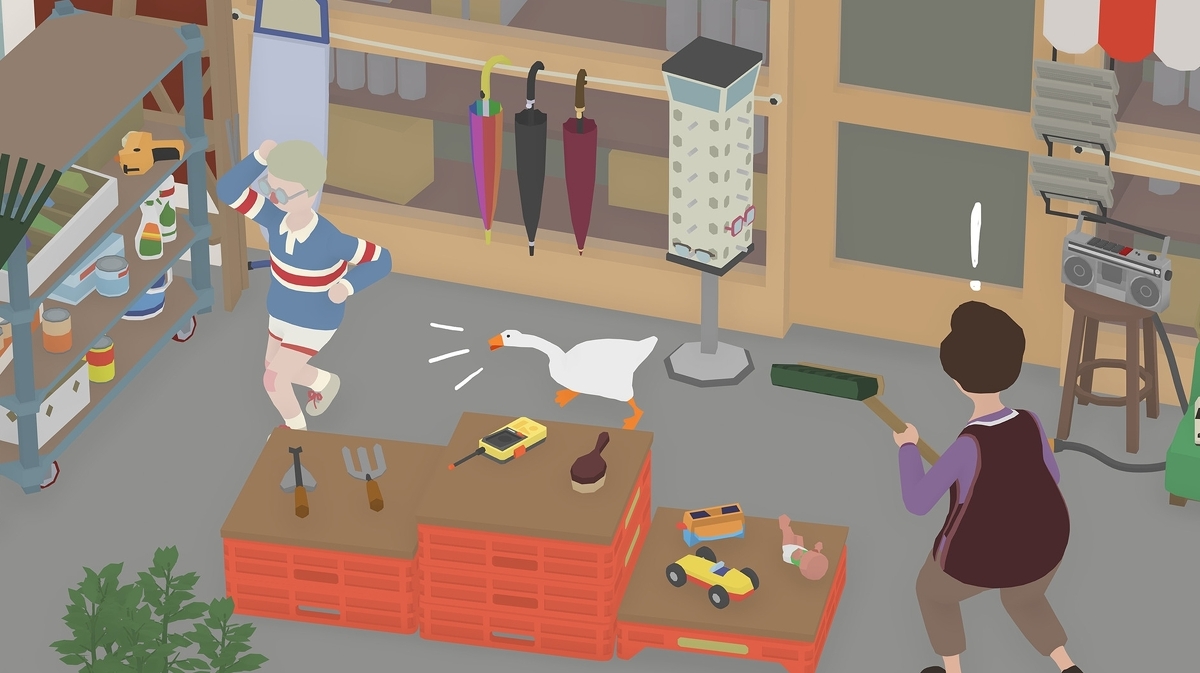 Eider play it on Switch or PC.

Untitled Goose Game, a game in which you play as a sociopathic goose (as if there’s another kind), finally has a release date! It’ll be ruffling feathers on Switch and PC on 20th September.

Developed by House House, Untitled Goose Game is, believe it or not, a stealth game. It’s a sort of sandbox-y affair, giving players a range of (unsurprisingly, goose-related) abilities, including honking and flapping, which can be used to solve a variety of objectives – mostly seeming to involve ruining people’s lives.

When Dicebreaker’s Johnny Chiodini took a look at the game during PAX West last year, for instance, he harassed a gardener, threw his rake in a lake, and stole some carrots. It’s already sounding like potential Game of the Year material, right?