Unattached edited by Angelica Malin review – all the single ladies


In November 2019, the actor Emma Watson was excoriated in the media for describing herself as “self-partnered”. The criticism ignored that a new spirit of positivity about being single was in full flourish, with more women between the ages of 25 and 42 single in the UK and US than ever before. As Rachel Thompson pointed out in an article for Mashable, the label may be new but the movement is not – Marjorie Hillis wrote Live Alone and Like It: A Guide for the Extra Woman in 1936. But it was given a renewed focus with Rebecca Traister’s 2016 bestseller, All the Single Ladies: Unmarried Women and the Rise of an Independent Nation, in which the American writer described a veritable social revolution, and there has been a steady stream of books in that vein ever since.

“The single positivity movement is here, and this book will turbo charge the revolution” reads the inside jacket of this new anthology edited by journalist Angelica Malin, which explores the nuances of singlehood through 30 short personal pieces. Malin has assembled an admirable and diverse roster of voices, including reality television personality Megan Barton-Hanson, comedian Shaparak Khorsandi and body-image campaigner Stephanie Yeboah. Several of the writers are already known for their writing on singlehood, including Francesca Specter, the author of last year’s Alonement: How to Be Alone and Absolutely Own It (also a podcast), Nicola Slawson, the creator of The Single Supplement newsletter and Annie Lord, who writes an excellent sex and dating column for British Vogue.

Why have there been no new icons of singledom since Carrie Bradshaw and Bridget Jones, two decades ago?

“Should we fear being single – or does the world make us fear it, because a single woman is a force to be feared?” Malin asks in her introduction. It’s a good question and one answered more persuasively in some of the essays than others. The most powerful include Mia Levitin on her divorce (which she describes as “dismantling the dreamhouse”); the author Shon Faye on a year without hugs (“one criticism of government policy during the pandemic is that it entrenched traditional norms in which only couples get the comfort of touch and intimacy”); Khorsandi on how an ADHD diagnosis gave her the courage to abandon the “romantic chaos” of her dating years; and Specter on dating and technology. “You’d like to be a girl, standing in front of a boy, asking him to love her, but instead you’re a nervous wreck navigating sporadic WhatsApp messages, inconsistent affections and a last minute cancellation”. Why, she asks pertinently, have there been no new icons of singledom in the culture since Carrie Bradshaw and Bridget Jones, two decades ago? Carrie was dumped via Post-it note, but if it were now, she’d get the message via a double blue tick.

The most fascinating essay is one by Ketaki Chowkhani, who designed and taught India’s first ever single studies course at postgraduate level. She writes about the tiny, spiritual community she grew up in, in south India, founded by Aurobindo Ghose and Mirra Alfassa in the 1940s, where marriage was actively discouraged. Individuals all have their own rooms, while everything else – eating, work, leisure, laundry – is done communally. “Scholars have pointed to the dearth of single role models for a growing child and here I was, able to draw on a rich legacy of single life.”

How far we have come since 2004’s dating manual He’s Just Not That Into You. (Although someone should perhaps let the algorithm know: underneath Malin’s new book, Waterstones recommends How to Be a Good Wife, The Meaning of Marriage and Get the Guy.) “So now I write my own life,” Felicity Morse comments on losing her “rainbow coloured romantic future” when her ex went to prison for fraud. “And I make sure it’s roomy; that I can expand with it and it can expand with me.” 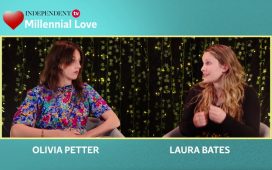