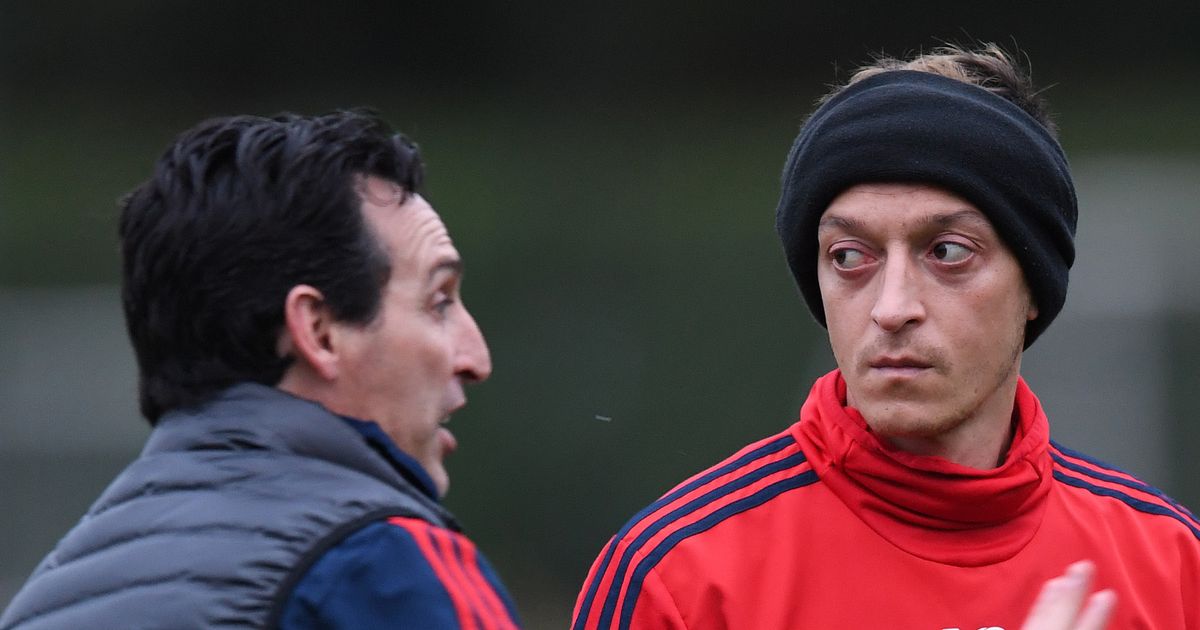 Unai Emery reportedly sent Mesut Ozil a warning in private when he was Arsenal boss – but it didn’t go down too well with the German.

Emery took over from Arsene Wenger in 2018 as Arsenal’s head coach and got to work turning the club back into top four contenders.

Initially Ozil was an important player under Emery, with the Spaniard even handing him the captaincy for a period. But it wasn’t long before things started to go wrong for the German at Arsenal, and he found himself being ostracised.

Arsenal beat Leicester City 3-1 back in 2018, with Ozil putting in a man of the match performance while wearing the armband.

But a conversation with his boss after the game went down badly, and in some ways resulted in Ozil falling out of favour in north London.

According to The Athletic, Emery spoke to Ozil in private and challenged Ozil to produce the level he did against the Foxes on a more consistent basis.

He also warned him not to get too carried away by the fact he’d played well in one game, which reportedly didn’t go down too well with Ozil.

From that match on the German found himself in and out of the team.

He’d regularly start games under Emery, but would find himself being hooked in the second half much to his frustration.

Eventually Emery was replaced by Mikel Arteta, and initially things were looking up for Ozil, who was returned to the starting XI.

But Ozil found himself against frozen out at Arsenal under Arteta and completed a move to Fenerbahce this January.

Will Arsenal regret selling Mesut Ozil? Have your say here.