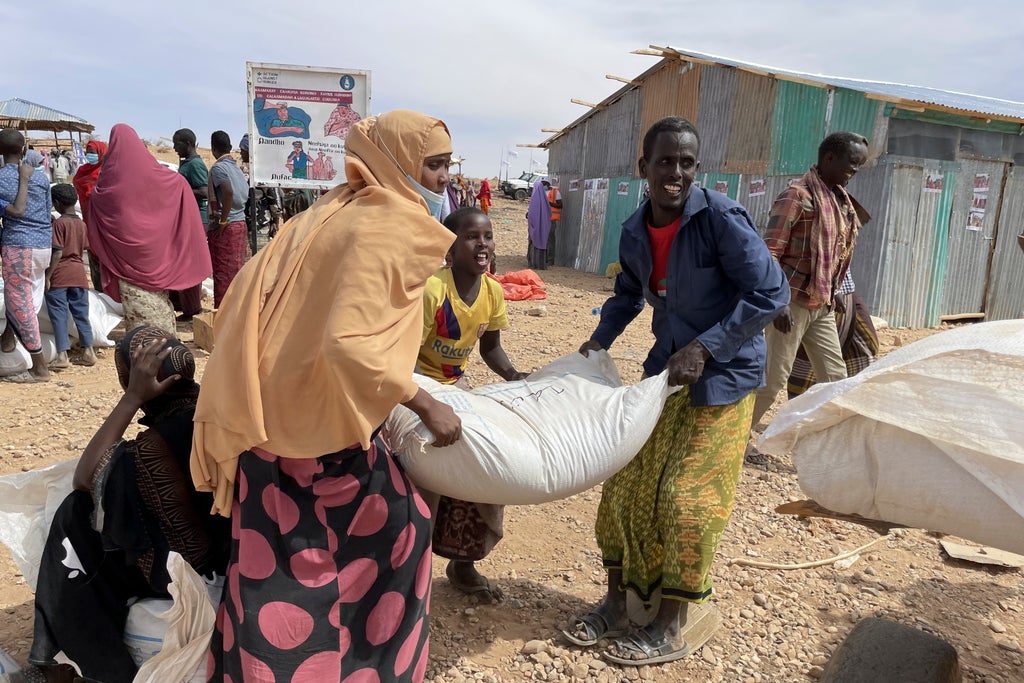 The highest-ranking U.N. official to visit Ethiopia since war began in the Tigray region in 2020 said Friday she thinks Tigrayan fighters are hopeful of ending the conflict and she senses that top government officials are not just more hopeful but making a greater effort to find peace.

But Deputy Secretary-General Amina Mohammed said the most important thing now is how to put pressure on the momentum for peace and not have it unravel, “which it could — it’s very fragile.”

During her talks with both sides, she said, her message was that “with the conflict and the tragedies — horrendous at that — that no one wins and that peace really is indispensable.”

Months of political tensions between Ethiopian Prime Minister Abiy Ahmed’s government and the Tigray leaders who once dominated Ethiopia’s government exploded into war in November 2020.

Following some of the fiercest fighting of the conflict, Ethiopia soldiers fled the Tigray capital, Mekele, in June 2021 and the government declared a national state of emergency with sweeping powers. A drone-assisted government military offensive halted the Tigrayans’ approach to Ethiopia’s capital., Addis Ababa. In December, the Tigrayans retreated back to Tigray.

Last June, Ethiopia’s government cut off almost all access to food aid, medical supplies, cash and fuel in Tigray, and Mohammed said only “a trickle” is getting through, which is “absolutely insufficient and inadequate.”

The U.N. World Food Program said in late January that three-quarters of Tigray’s population of some 6 million are “using extreme coping strategies to survive” and more than a third “are suffering an extreme lack of food.”

During her five-day visit to Ethiopia, Mohammed represented Secretary-General Antonio Guterres at the recent African Union summit and then visited four Ethiopian regions — Tigray and neighboring Amhara and Afar as well as Somali. She met with Tigray’s leaders and Ethiopia’s prime minister, travelled with Ethiopian President Sahle-Work Zewde to Afar and Somali, and talked to local leaders, civil society members and many women.

Mohamed said her talks focused on “how to get to that path to peace — the humanitarian access, the cessation of hostilities, in some cases, the lifting of the siege in Tigray — but, most importantly, the efforts they were making now at the national dialogue, and how to get to that with the parties that were concerned.”

She said the message to her from all of Tigray’s leaders “was that this was going to be done the Ethiopian way, and they were going to find an Ethiopian solution to it.” They did not exclude mediation from Africa or from the United Nations, “but they were very fixed on finding the end to their problems themselves in all cases,” she said.

During her travels, she said, “What was really heartbreaking for me was to see the social fabric of a part of that country so torn.”

Mohammed said she asked in all the regions what was the worst outcome of the hostilities.

“Ethiopian women, writ large, were affected in a way that is unimaginable,” she said. “In your worst nightmares, you cannot imagine what has happened to the women in Ethiopia.”

She said she spoke to women across the regions who suffered atrocities, including gang rapes, rapes of women who had just given birth by Caesarean sections and rapes of women in front of their children, sometimes leaving all listeners swallowing hard and holding back tears.

Mohammed said she met a woman in Tigray who had been gang raped over and over again and had given birth to a 5-month-old son. She was staying in a safe house run by the U.N. Population Fund, but she wanted to leave and find a livelihood because she was “a survivor, not a victim” every though society “has thrown them away” because of the rapes, Mohammed said.

“Without a shadow of a doubt, justice and accountability have to be had,’ Mohammed said. “I think that’s very much … center of the national dialogues. They cannot achieve any lasting peace without reconciling and being held to account for the atrocities across the country.”