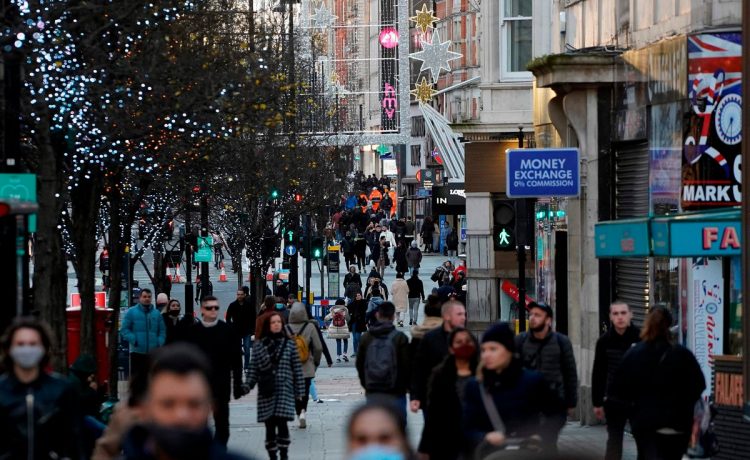 he UK recorded nearly 36,000 new infections of coronavirus on Sunday – the highest daily rise since the start of the pandemic.

The Government said that as of 9am on Sunday, there had been a further 35,928 lab-confirmed cases of Covid-19 in the UK.

But separate figures published by the UK’s statistics agencies suggest there have now been 83,000 deaths involving Covid-19 in the UK.

Of the 32,155 new positive cases reported for England on Sunday, the overwhelming majority (95 per cent) were tests conducted in the last four days.

Dr Yvonne Doyle, medical director at Public Health England, said the majority of the new cases were concentrated in London and the South East. But she added that it was “too early to tell” if the cases were linked to the new variant.

Matt Hancock: The new variant is out of control

“This sharp and sudden increase is of serious concern,” said Ms Doyle.

“What we do know is that the way to control this virus is the same, whatever the variant. It simply will not spread if we avoid close contact with others. Wash your hands, wear a mask, keep your distance from others, and reduce your social contacts.

“By working together we have tackled this virus before. By holding the line over the next few weeks, it is possible we can do so again, as we continue to roll out the vaccine to the most vulnerable.”

Sunday’s figures marked the highest daily rise of positive cases since Thursday when infections rose by 35,383.

But Thursday’s figure included the 11,000 positive cases from Wales that were not recorded in official figures between December 9 and 15 due to maintenance work on Public Health Wales’ computer systems at the end of last week.

Scotland recorded three deaths from coronavirus and 934 positive tests in the past 24 hours on Sunday.

But the Scottish Government said Sunday’s test figures “may have been affected due to issues with data transfer from NHS Grampian and NHS Greater Glasgow and Clyde labs over the weekend”, and that the large number of cases “may be due to a catch-up of a backlog of data”.

It brings the death toll under this measure – of people who first tested positive for the virus within the previous 28 days – to 4,283.

The latest statistics show 111,546 people have now tested positive in Scotland, up from 110,612 the previous day.

Another 13 people with Covid-19 have died in Northern Ireland, the Department of Health has confirmed.

A further 505 new cases of the virus have also been reported in the past 24 hours.