UK must give poorer countries vaccines to stop millions of deaths, WHO warns 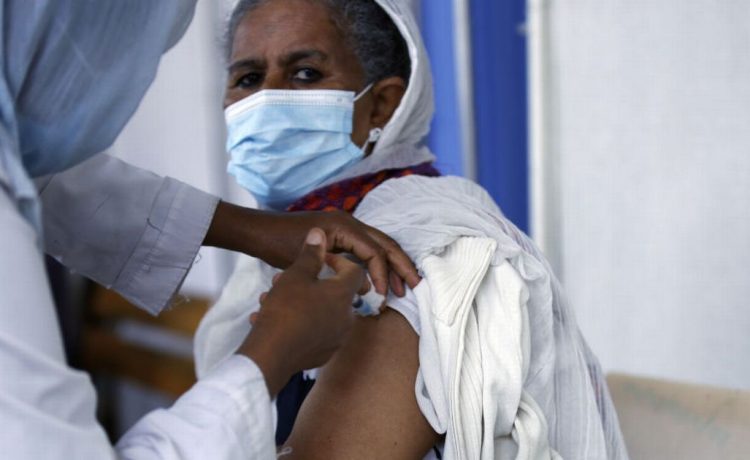 The World Health Organisation (WHO) has warned richer countries including the UK must donate jabs to poorer nations – or face millions more global deaths and more future lockdowns.

The WHO, the International Monetary Fund, World Bank Group and the World Trade Organisation used a joint plea to call for wealthier countries to give more Covid vaccines to poor nations – or risk new variants bringing fresh outbreaks to Britain.

The officials told the Telegraph and a range of international newspapers a “dangerous gap” is emerging that could create a “two-track” pandemic if the problem is not tackled now.

They urged wealthier nations to begin donating doses immediately to ensure 40% of the global population is vaccinated by the end of this year.

The officials wrote: “Increasingly, a two-track pandemic is developing.

“Inequitable vaccine distribution is not only leaving untold millions of people vulnerable to the virus, it is also allowing deadly variants to emerge and ricochet back across the world.

“Even countries with advanced vaccination programmes have been forced to reimpose stricter public health measures. It need not be this way.”

The UK is scrambling to curb the spread of the new Indian variant, which is being blamed for driving fresh hotspots in areas including Bolton, Blackburn with Darwen, and Bedford.

Britain’s vaccine rollout is currently being offered to people aged 30 and above, as nearly 40million doses have been given nationwide so far.

The speed of the UK’s vaccine rollout bringing hopes of lockdown lifting on June 21 has been tempered by the emergence of new mutant variants.

While experts do not believe current vaccines are less effective against the Indian variant, scientists globally have warned the success of vaccine programmes depends on curbing new mutations that could become resistant to the jabs in use.

More than 100 cross-party MPs and peers have urged Boris Johnson to show “global leadership” in the run-up to the G7 summit by pledging to do more to vaccinate developing nations.

With the Prime Minister chairing a gathering of the most economically powerful countries in the world in Cornwall from June 11, politicians are calling on him to commit to a one in, one out policy when it comes to vaccines.

For every dose bought for use in Britain, the signatories want the UK Government to donate a dose to the United Nations-backed Covax scheme, which is providing vaccines to low and middle-income countries.

In a letter backed by senior Tory MPs Peter Bottomley and Dr Dan Poulter, a former health minister who has worked on the pandemic frontline, the signatories said there is “clear moral imperative to act to close the global vaccine divide”, as well as a “rational case…to stop the threat of variants emerging abroad and taking root in the UK”.

Co-ordinated by the all-party parliamentary group (APPG) on coronavirus, the letter said: “The longer we wait to act, the more likely it is that dangerous variants could emerge that can evade the protections offered by current vaccines.

“The UK has an opportunity to use the G7 summit to show leadership on this critical issue and demonstrate that ‘global Britain’ is more than just a slogan.

“While the UK has rightly committed funding to Covax, we remain a net importer of Covid-19 vaccines.

“The APPG on coronavirus therefore recommends that the UK must immediately adopt a policy of vaccine matching, in which for each dose of the vaccine imported, one dose is donated to Covax.

“This will help meet the urgent demand for vaccines in low and middle-income countries around the world.

“The UK mustn’t miss the opportunity provided by the G7 summit to lead the way in promoting more equitable global access to Covid-19 vaccines.”

The 116 peers and MPs said once the UK has boosted its manufacturing capacity, it should aim to “become a net vaccine exporter”.

The decision to write to the Prime Minister comes after Professor Andrew Pollard, who helped develop the Oxford/AstraZeneca jabe, warned the group that “many millions could die between now and September” if vaccines are not more widely distributed across the globe.

The group said European countries, including Germany, France and Italy, had committed to donate at least 100 million doses of coronavirus vaccines to middle and low-income countries before the end of the year.

The UK Government has so far only committed to donating surplus shots in future to Covax, they said.

Health Secretary Matt Hancock has previously said that the UK “has probably done more than any other nation to help vaccinate the world’s poorest” through its support for the Oxford vaccine, which accounted for almost a third of the global tally of Covid jabs administered as of May 19.

He said the Government had also donated more than £500 million to Covax, which has delivered vaccines to 120 countries and territories.