Ninety miles from Middlesbrough, a mass of sandstone beneath the North Sea that was once unsuccessfully drilled for oil will soon become a critical weapon in Britain’s fight to slash carbon dioxide emissions.

The 25km by 15km aquifer is at the heart of a £12bn project to create a giant carbon store into which 20m tonnes a year of the greenhouse gas could be injected by the end of the decade, locking it away from the atmosphere.

Big industrial companies and investors have been lining up to win backing for similar UK projects since Prime Minister Boris Johnson last year declared carbon capture, usage and storage technology “globally necessary” to slash emissions from some of the trickiest sectors to decarbonise.

Johnson’s support follows previous aborted attempts to get the technology off the ground in Britain. Companies have been examining carbon capture since the mid-2000s but the government has pulled funding amid cost concerns, most recently in 2015.

Detractors say CCUS is an expensive distraction that supports the continued use of fossil fuels and still results in some damaging emissions. Projects elsewhere have faced technology and financing problems as the cost of renewable energy continues to drop.

Critics also believe the government is more comfortable partnering with established industrial groups from the oil and gas sector, and potentially overlooking alternatives both in terms of technology and start-ups looking to drive the UK’s energy transition.

But UK ministers are expected in October to pick at least two of five multibillion pound projects under development in Britain with carbon capture at their heart to be up and running by the mid-2020s. On Friday the business department said all five proposals had passed the initial criteria, illustrating the strength of competition in the industry.

The prime minister wants four “clusters” to be operating by the end of the decade, with a goal of capturing up to 10m tonnes of carbon a year, although project developers say just one or two could easily meet that ambition.

About 350m tonnes of carbon are estimated to be emitted by the UK this year.

The projects also promise to boost jobs and investment in so-called low-carbon hydrogen, produced by using gas as a power source in the process of electrolysis to split the water molecule.

Ministers are due soon to deliver a hydrogen strategy, as a way to reduce carbon emissions from areas such as domestic heating and steelmaking.

Companies including BP, Eni, National Grid and Total are backing the “East Coast Cluster” project near Middlesbrough, aiming to transport carbon generated by industrial plants, power stations and hydrogen facilities in Teesside and Humberside via giant pipelines to the “Endurance” aquifer.

ExxonMobil, Royal Dutch Shell and a company backed by the Kuwait sovereign wealth fund and the JPMorgan Infrastructure Investments Fund signed provisional deals in July with Acorn, a project in Scotland to remove and store CO2 from gas terminals at St Fergus, north of Aberdeen.

Vitol and US energy group Phillips 66 have recently partnered with Harbour Energy, the UK’s biggest oil and gas producer, to bury carbon in the former Viking gasfield in the southern North Sea.

Two clusters are also under development in the north-west of England and south Wales with a strong focus on hydrogen production, although the latter relies on shipping CO2 to remote stores.

The developers say the UK must pick up pace given other governments — notably the oil and gas reliant economy of Norway — are also pursuing large-scale CCUS projects.

But the industry still has its doubters. They want British workers to ride the growth of a technology that already exists in countries such as the US at a smaller scale, notably for extracting hard-to-reach oil rather than as a solution to the climate crisis.

Many of the UK clusters are also looking at storage of carbon from Europe as a trade opportunity.

“The UK and Norway collectively have 90 per cent of the currently identified [carbon] storage geologies in the whole of Europe,” said Nick Cooper, chief executive of Storegga, the Macquarie Bank-backed company behind the Scottish Acorn scheme. “While I don’t doubt there will be other stores found in Europe over time . . . they will still be dwarfed by the North Sea.”

“There is a global [CCUS] movement . . . and if we can get there first, if we can really develop and get our supply chains up and running there is a huge opportunity there,” said Olivia Powis, head of the UK office at the Carbon Capture and Storage Association, a trade group. “If we miss it then others will obviously take that place.” 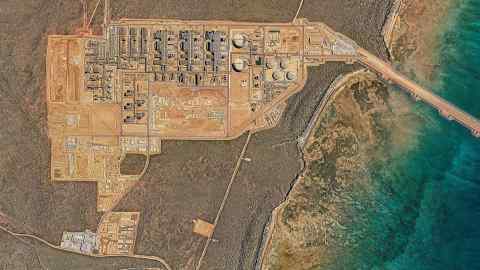 Hurdles remain, however, not least funding. Project developers insist much of the capital will come from the private sector, yet financing mechanisms are needed to encourage companies and investors to dig deep.

Developers anticipate a “regulated asset base” model, commonly used for infrastructure such as energy networks and that guarantees investors a steady return, to be used for pipelines and carbon stores.

There are also likely to be “contracts for difference” for some of the emitters, according to project backers. These are already commonly used to encourage the growth of renewable energy and guarantee an agreed price per unit of electricity generated. Consumers meet the costs of CFDs via their energy bills. The British government is also exploring the addition of a new levy to household gas bills as a subsidy to hydrogen producers.

The UK government has reinstated £1bn in funding for CCUS, matching the sum offered for previous schemes but pulled by former chancellor George Osborne in 2015.

But developers say they hope not to rely on subsidies for long, particularly as carbon prices rise, making it more cost-effective for industry and power stations to tackle emissions rather than pollute.

“All of these business models are envisaged as being in a sense temporary,” said Andy Lane, managing director of the Northern Endurance Partnership that is part of the East Coast Cluster and vice-president of CCUS services at BP.

“The aim has to be subsidy-free decarbonisation here . . . and we have got to work in that direction but you’ve got to start somewhere. So the business models are what kicks it off and gets it going.” 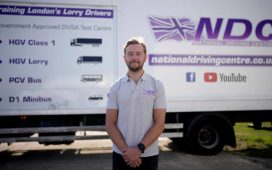 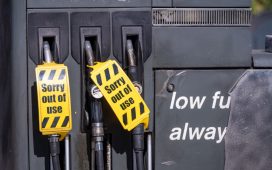 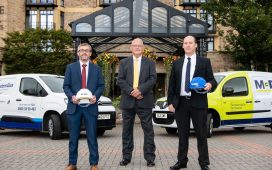 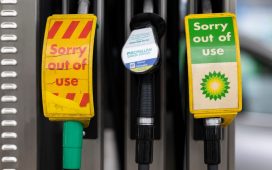