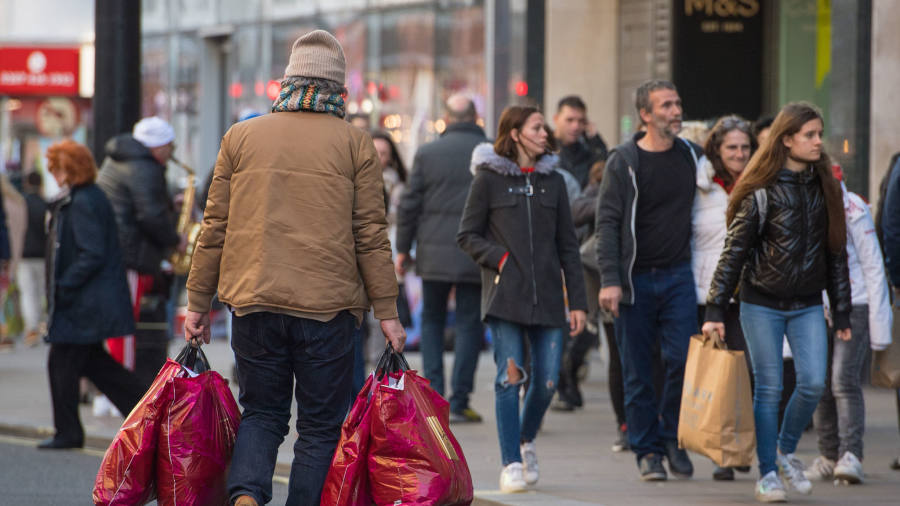 British consumers spent more than they earned for a tenth straight quarter, marking the longest run of borrowing increases since records began, while savings levels hovered around historic lows, raising concerns over resilience in case of a downturn.

In the first three months of the year, household borrowing rose to 1.3 per cent of GDP from 0.8 per cent in the previous quarter, according to data from the National Statistics Office.

This was the 10th consecutive quarter since the end of 2016 where a negative household balance has been reported, marking the longest stretch of households being net borrowers since records began in 1987.

Meanwhile, the household savings rate — the difference between disposable income and spending — dropped to 4.1 per cent from 4.5 per cent in the previous quarter. The ratio remained historically low and “was the joint fourth-lowest quarterly saving ratio since records began in 1963”, stated the ONS report.

“Household saving has been historically low for 18 months, following a marked drop off in non-pension saving in recent years,” said Rob Kent-Smith, head of GDP at the ONS.

The UK household saving ratio is one of the lowest in the EU.

“The aggregate household saving ratio is volatile,” stated a Treasury Committee report into household finances last summer. “Nonetheless, the recent sharp fall, to record lows on certain definitions, is a cause for concern (…) If rates of household saving remain low, it could reduce the resilience of households to downturns”