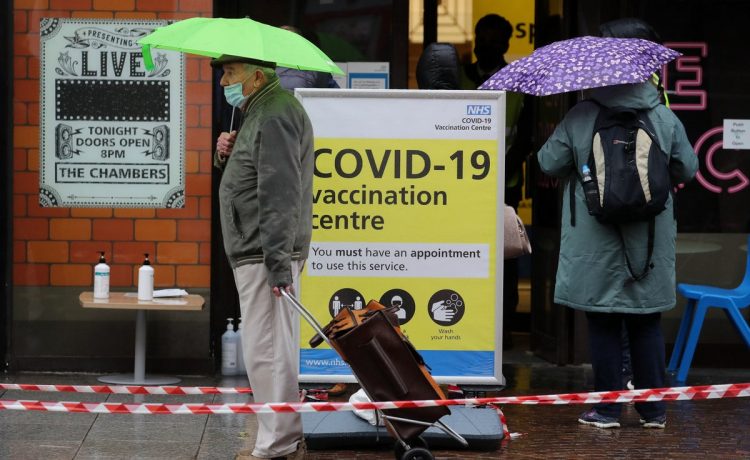 The deaths, announced on Tuesday bring the UK total to 108,013 0 and come as the UK hits the milestone of 10 million vaccines administered.

The  daily death toll is a dramatic rise on yesterday’s figure of  406 but a drop on last Tuesday when 1,631 fatalities and 20,089 new cases were announced.

Daily deaths figures have have tended to be higher on Tuesdays due to a build up following weekends which aren’t processed in time for Mondays.

The Government also said that, as of 9am on Tuesday, there had been a further 16,840 lab-confirmed cases of coronavirus in the UK.

This is the lowest reported daily total of new cases since December 9, when 16,578 cases were recorded.

Public Health England (PHE) are today investigating strains of coronavirus in the UK which have developed a mutation.

Eleven cases in the Bristol area have been identified as the variant that originally arose in Kent but are now showing the E484K mutation.

A cluster of 32 cases in Liverpool also have the same mutation but relate to the original strain of coronavirus that has been around since the start of the pandemic.

The E484K mutation has been shown to reduce the effectiveness of vaccines in preventing people contracting Covid-19.