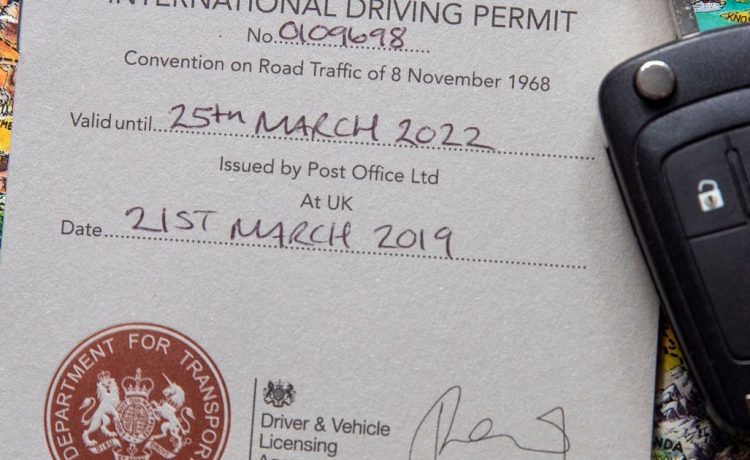 Most UK families will not need a £5.50 paper permit to drive in the EU after a deal was struck with just over four hours to spare.

All year, the government had warned Brits would need an International Driving Permit to drive on the Continent after Brexit.

This was a dramatic change to arrangements before Brexit, when Brits only needed their UK driving licence.

However, Transport Secretary Grant Shapps last night said a deal had been reached to avoid the need for IDPs.

He announced the news on Twitter at 6.30pm – four and a half hours before EU rules were due to end in the UK.

“We’ve now secured agreement with all 27 EU Member States to recognise UK licences WITHOUT the need for an International Drivers Permit,” he tweeted.

“UK drivers can continue to drive in the EU without an IDP (once Covid restrictions lifted).”

UK motorists entering EU countries will however need a green card and GB sticker if taking their own vehicle from January 1.

Green cards provide proof of vehicle insurance when driving abroad and should be requested from your insurer at least six weeks before travel.

Despite the top Tory’s claim, the government’s website says a small number of drivers may still need an IDP for trips in the EU.

This group is those with a paper driving licence, or a licence issued in Gibraltar, Guernsey, Jersey or the Isle of Man.

Click here to see if you need an IDP in the country you will be visiting.

Cardboard IDPs are sold at Post Offices, which were gearing up for a massive sure in demand when Covid rules end.

Mr Shapps also tweeted a last-minute deal with Ireland, in which UK licence holders will not have to retake their test when moving to the Republic and vice versa.

Despite the breakthrough, most Brits cannot currently travel to the EU due to multiple layers of coronavirus restrictions.

On the UK side, the 78% of England’s families in Tier 4 areas are banned from staying overnight away from where they live.

And on the EU side, most countries have restrictions against non-essential travel from the UK due to a new variant of Covid.

There are exemptions to that rule, such as for ex-pats, but they vary on a country-by-country basis.

Even when UK-specific barriers are lifted, non-essential travel by Brits to the EU may still be banned – thanks partly to Brexit.

The European Council agreed to restrict non-essential travel from almost all non-EU countries into the EU, Iceland, Liechtenstein, Norway or Switzerland due to coronavirus.

Only a handful of countries including New Zealand are exempt from this blanket recommendation.

Now that the UK has left EU rules, it is likely to find itself a victim of the non-essential travel ban – even when other restrictions are lifted in future.