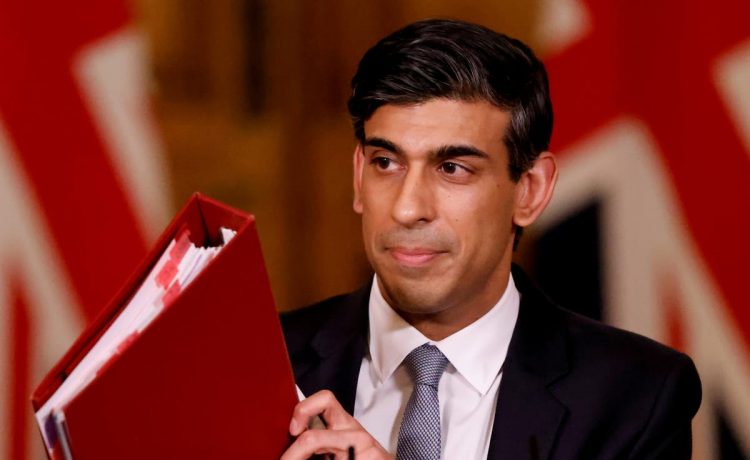 The UK’s debt has reached a new high as government borrowing hit £19.1bn last month as it continues to battle the coronavirus pandemic and the economic fallout of lockdown.

The Office for National Statistics (ONS) said the public sector had borrowed more last month than during any other February since records began in 1993.

The debt owed by public bodies has increased by £333bn since the start of April, the first month of full lockdown in the UK.

Central government bodies are believed to have spent around £72.6bn running their day-to-day activities in February, a rise of £14.2bn compared with February 2020. The figure includes £3.9bn spent on supporting jobs through Covid-19.

The chancellor of the exchequer, Rishi Sunak, pledged early on in the pandemic to provide whatever support businesses needed to help them through the government-imposed lockdowns.

Mr Sunak said: “Coronavirus has caused one of the largest economic shocks this country has ever faced, which is why we responded with our £352bn package of support to protect lives and livelihoods.

“This was the fiscally responsible thing to do and the best way to support the public finances in the medium-term.

“But I have always said that we should look to return the public finances to a more sustainable path once the economy has recovered and at the Budget I set out how we will begin to do just that, providing families and businesses with certainty.”

The government has backed more than £70bn through three loan schemes, and also paid 80 per cent of salaries to around 10 million workers who were furloughed.

The government has relied heavily on borrowing to be able to fund this spending as tax receipts have also gone down during the period.

However, Mr Sunak has signalled that tax rises are likely in the coming years, already announcing a plan to increase corporation tax from 19 per cent to 25 per cent for large companies by 2023.