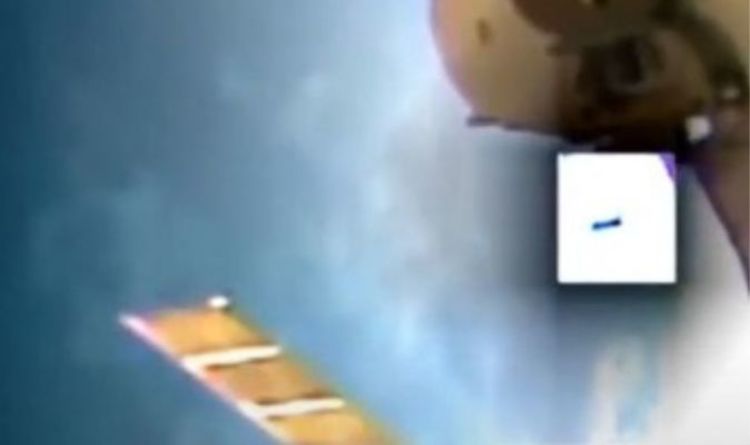 Whether there are aliens out there remains a mystery with scientists still scouring the Universe for signs of life. However, some conspiracy theorists believe extraterrestrials are much closer to our home than anyone knows.

One such person is self-proclaimed UFO hunter Scott C Waring, who believes he has seen a UFO near to the ISS.

In the footage, caught by YouTuber CR 2.0, a strange object is seen shooting by the ISS.

The object in question is long and cylindrical and appears to be dark.

Mr Waring said the object is undeniable proof of aliens and that modern technology has led to many more sightings of extraterrestrial activity.

He said on his UFO Sightings Daily: “The object really comes into focus when the bright sunlight is behind it, which shows us its true shape.

“UFOs have been seen at the space station for over a decade.

“I first started using the cams myself and then it began to catch on more and more.

“Today live cams are a UFO researchers right hand. We can be in many places around the world at once.