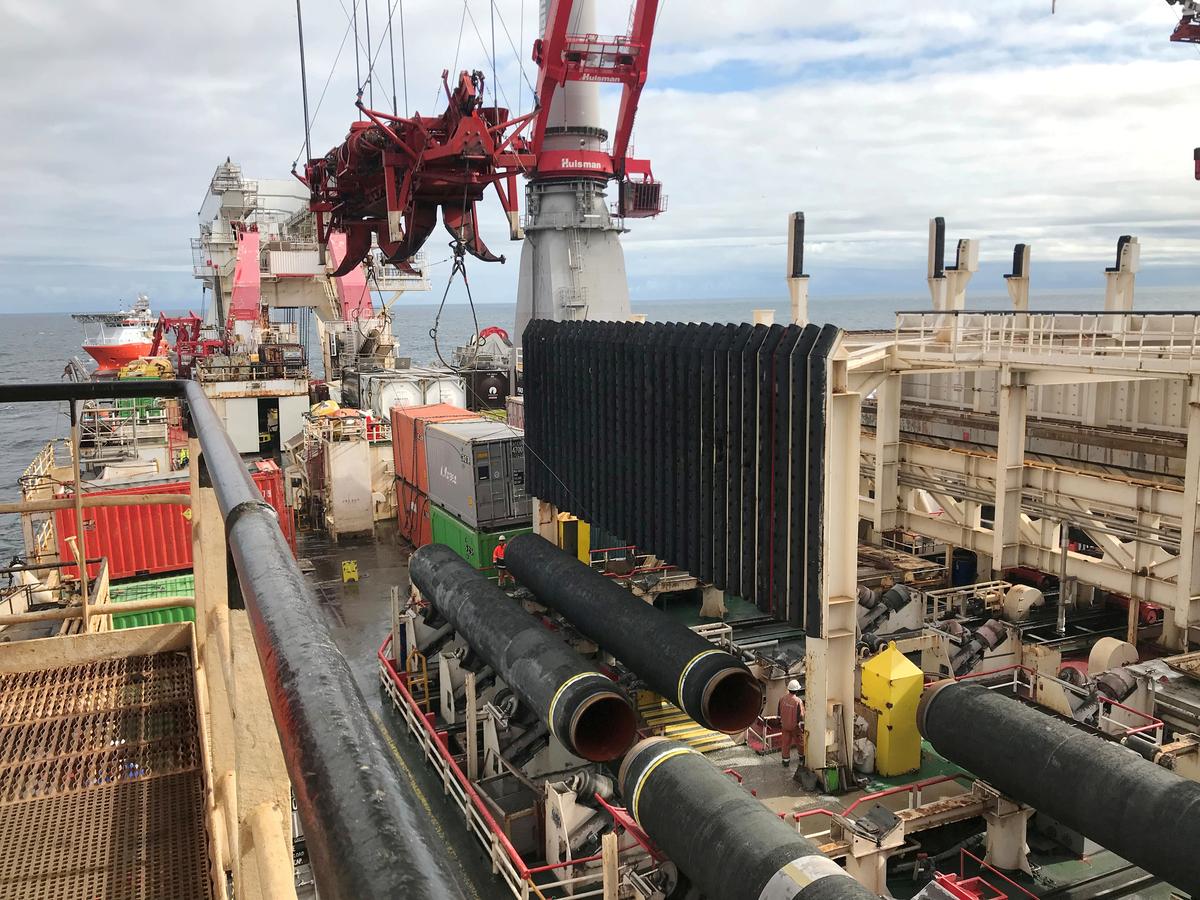 WASHINGTON (Reuters) – Any companies that rush to finish building a Russian natural gas export pipeline to Germany that came under U.S. sanctions this month risk being penalized, senior U.S. officials said on Sunday.

The threat of sanctions blocking access to the U.S. financial system forced Allseas, a Swiss-Dutch company that lays deep-sea pipe, to suspend work on the project. All but a 100-mile (160-km) stretch remains to be completed.

That short distance and a 30-day “wind-down” period of work stipulated in sanctions, have led to speculation that the pipeline would be finished soon.

But the senior U.S. officials, who spoke on condition of anonymity, rejected the notion that the “good faith” wind-down period granted companies time to rush to finish Nord Stream 2.

“Good faith wouldn’t be hurrying up to lay pipe,” one official said.

“Sanctions will be imposed unless they demonstrate good-faith efforts,” showing they are pulling out, another official said, adding that the point of the sanctions, spearheaded by Senator Ted Cruz, a Republican from energy-producing Texas, and Senator Jeanne Shaheen, a New Hampshire Democrat, is to stop the project.

“Allseas’ construction fleet has left the Baltic Sea and has been demobilized to prepare for other work,” Allseas said in a statement on Monday.

Since the Obama administration, Washington has opposed the project on the grounds it would strengthen Russian President Vladimir Putin’s economic and political grip over Europe. Russia has cut deliveries of the fuel to Ukraine and other parts of Europe in recent winters during pricing disputes.

The Trump administration has touted U.S. liquefied natural gas as “freedom gas” that gives Europe an alternative to Russian supply. U.S. exports of natural gas spiked more than 60% in 2019, but there are also concerns that a glut could weaken demand.

There is room for the Trump administration to determine what “good faith” means, but the wind-down period is meant to allow time for companies to straighten up financial arrangements and safely remove equipment, one official said.

Despite U.S. sanctions, Russia says the pipeline will be finished. Energy Minister Alexander Novak said the pipeline was expected to be launched before the end of 2020, pushing back original estimates of a late 2019 completion.

Russia may use a vessel currently docked at a far-eastern port to finish it, Novak said.

Nord Stream 2 said that “the companies supporting the projects continue working on the soonest commissioning of the pipeline”.