MARACAIBO, Venezuela (Reuters) – The U.S. Treasury Department has created an exemption from its Venezuela-related sanctions allowing for transactions with the country’s local baseball league, according to a Treasury document seen by Reuters on Tuesday.

The move paves the way for players under contract with Major League Baseball (MLB) teams or their minor league affiliates to participate in the Venezuelan league, known as the LVBP. MLB had previously barred its players from taking part, pending U.S. government authorization.

Washington in August blocked most U.S. individuals and companies from doing business with Venezuela’s government as part of its effort to oust socialist President Nicolas Maduro, who has overseen an economic collapse in the once-prosperous OPEC nation and is accused of corruption and rights violations.

The measures have been unsuccessful in ousting Maduro, and critics say they have affected the daily lives of ordinary Venezuelans without links to the government.

In a copy of the license to sanctions, dated Dec. 2, the Treasury’s Office of Foreign Assets Control said it would authorize transactions “ordinarily incident and necessary to participation in the League” that would otherwise have been blocked by the sanctions through Nov. 30, 2021.

A Treasury spokeswoman said the department does not generally comment on individual licenses. The MLB and LVBP did not immediately respond to requests for comment.

The LVBP’s season got off to an underwhelming start last month, with stadiums nearly empty and star players absent from the eight teams’ rosters due to MLB’s ban on participation by major and minor league teams.

In the license, the Treasury said it would not authorize participation in two of the league’s six teams: the Tigres de Aragua from the city of Maracay and the Navegantes de Magallanes, from the city of Valencia.

Representatives from the two teams deferred comment to the LVBP.

Reporting by Mariela Nava in Maracaibo and Luc Cohen in Caracas; Editing by Richard Chang and Dan Grebler 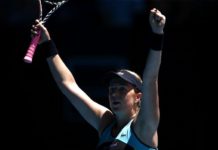 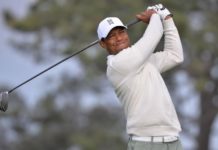 Palmer surges into lead, Tiger battles back at Torrey Pines

ADVERTORIAL: Cheltenham Saturday horse racing betting tips: Expert says who to back – including a 5-1 runner