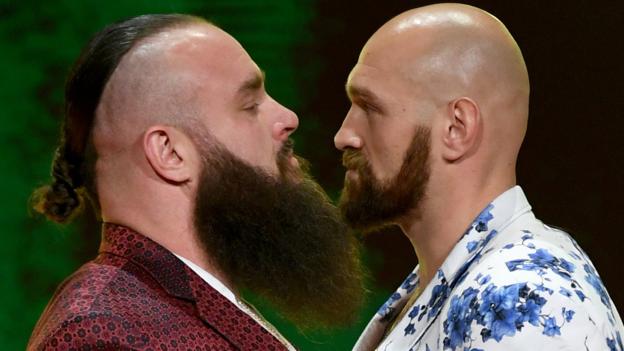 When Tyson Fury rose from the canvas in Los Angeles, the promoter of the man who put him there turned to the British media and privately said: “The guy must be The Undertaker to get up from that.”

Perhaps Lou DiBella, the man behind Deontay Wilder on that chaotic night, was on to something. Not even a year on, we now know Fury will make an official foray into the organisation that made The Undertaker famous – WWE.

His 31 October bout with Braun Strowman will take place nine days before two YouTube stars engage in a professional boxing match and 23 days before a 55-year-old Nigel Benn returns to the ring. These are strange times.

Some will shake their heads at Fury’s move. Others will point a finger at the fact his WWE contest will be in Saudi Arabia, where not one of the organisation’s female superstars have been allowed to compete at high-profile shows.

But on the flip side, this decorated boxer and incredible salesman has been sought out to again entertain. He will, unquestionably, set tongues wagging, just as he always does.

‘His heart was set on it’

Make no mistake, this is not a case of anyone pushing Fury into an unexpected career move. His UK promoter Frank Warren said: “In an ideal world he’d be wrapped in cotton wool between fights, but it’s not an ideal world. We’re just happy he’s getting out there, growing his profile and having a good time.”

And, sat in a car wearing a Hulk Hogan T-shirt, Fury looked the epitome of a man having a good time as he delivered a World Mental Health Day message to his social media followers which he ended by saying: “Do what makes you very, very happy.”

It seems he is indeed doing what brings a smile.

“Tyson and his kids are huge fans, and how do you say ‘no’ when he’s got his heart set on it?” added Warren.

“The timing might not be optimal, but Tyson needs to be ready to fight Deontay in February so he couldn’t afford to wait around, and it is going to bring huge exposure to himself and to WWE.”

Fury will be paid handsomely, with online reports claiming WWE’s revenues have grown up to £63m a year as a result of a 10-year deal in Saudi Arabia. Fury, like other big names on the card, will take his slice.

The question is whether the 31-year-old can make enough of an impact to drag even a tiny percentage of WWE viewers with him on the remainder of his boxing journey. If he can, this quick taste of the world of sports entertainment could prove lucrative in the long-term too.

From the pay-per-view buys, to ringside tickets and the signed ‘Gypsy King’ merchandise being sold in the arena on any given fight night, every new fan has the potential to boost the earnings of Fury and those involved in his career.

Karaoke, Batman and a savvy salesman

And if the chance to stimulate his already growing US profile is not enough, there is the comfort of knowing he follows esteemed boxing names into the carnage of WWE.

Muhammad Ali was a guest referee at WrestleMania I, Ricky Hatton knocked Chavo Guerrero out with a right hand in 2009, Floyd Mayweather overcame The Big Show – albeit with the help of a set of brass knuckles – and Mike Tyson flattened Shawn Michaels.

Fury, perhaps seen as a walking circus of his own by those observing from a distance, is a lucid thinker up close. He is savvy, streetwise and quite brilliant in the art of the sell. In many ways, he appears made for WWE.

From the impromptu karaoke sessions in the ring after fights, to the Batman costume that annoyed Wladimir Klitschko, moments add up and draw in more followers.

“I refuse to use numbers or symbols because I want you to know how absolutely into this I am,” tweeted one fan when Fury-Strowman became official.

READ  Dearing backs campaign to get BAME people in the water

Alfred Konuwa, who reports on WWE for Forbes, simply tweeted Fury-Strowman was a “fight I feel like I have to see”.

WWE will hope such positivity continues as the organisation’s viewing figures have fallen in recent years. Its RAW product pulled in an average 4.1 million viewers in 2014 according to Forbes, who claim the weekly number is now under three million.

Wilder wins too and has AJ helped Fury?

Fury, whose floral suit made him look like a Grand Theft Auto character at the news conference confirming his bout, will be all in on this venture, such is his nature.

Those who have watched him push a fight have witnessed the countless media commitments he fulfils. Wilder, who has a boxing match of his own to take care of before the pair supposedly fight again, could benefit big time in the background.

If Fury’s wider appeal makes their proposed February rematch bigger, then the WBC world heavyweight champion can look forward to his share of earnings growing as a result.

Everyone wins then? Probably.

There is the unlikely scenario that during his WWE shenanigans Fury somehow aggravates the horrific cut he sustained in his latest win over Otto Wallin.

There is also a potential backlash from those critical of doing business with a controversial Saudi regime accused of masking human rights issues by paying huge sums to deliver big events.

At last year’s WWE Crown Jewel event in the country, stars including John Cena and Daniel Bryan were said to have boycotted the show, while the organisation faced criticism over no female superstars taking part.

Intriguingly, Fury may well benefit from the fact his British rival Anthony Joshua has already faced tough questions over his own fight in Saudi Arabia on 7 December. In some way, Joshua’s team have already served up at least some answers to tricky questions.

It could be argued that each additional sporting event that lands in the Kingdom eases any sense of scandal and gets incrementally easier to explain away.

Right now, as he rides momentum in his career, Fury seems to be flourishing in a care-free ‘man of the people’ persona. Joshua, so impeccably managed through his brilliant career to date, has questions to answer after a defeat in June which left some asking if his string of corporate backers were detracting from his fighting nature.

Much has changed since a bloated Fury sat on the sidelines while his compatriot swept up fans an honours.

Good for you boss – Bruno

Fury has garnered a profile for speaking out and helping those who suffered the kind of crippling depression he faced during a 31-month break from the sport where he said he came close to suicide. Whether he opts to use his voice as a tool for those in need in Saudi is another matter.

For now, he is living on his own terms and remains all too aware of how the highs of being in demand contrast with the lows of recent memory.

“Massive shout out world. I’m loving my life and all that are in it. Who would of thought this 18 months ago?” he tweeted along with a photo from his WWE changing room.

From losing 10 stone and climbing from the canvas, to battling bloody cuts and selling so well that WWE came calling, Fury has indeed worked incredibly hard.

It is now time to dodge some fake punches. How difficult can that be?

This looks set to be a PR masterstroke. But, as Fury and the worlds of boxing and WWE have shown over the years, rule nothing out. 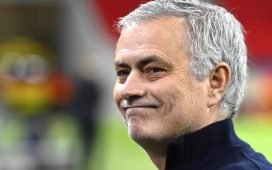