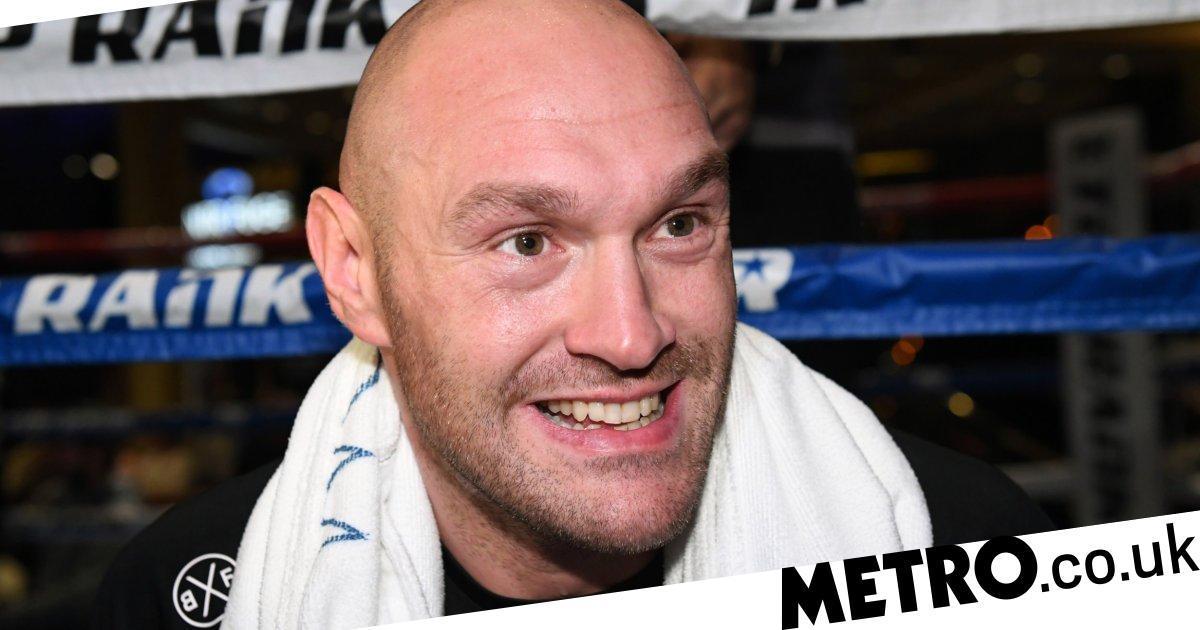 Tyson Fury thinks the odds are stacked in Andy Ruiz’s favour when he rematches Anthony Joshua for his four heavyweight titles in December.

Ruiz stopped Joshua in the seventh round of their first bout in June and will now put his IBF, WBA, WBO and IBO heavyweight straps on the line against the Brit in Saudi Arabia.

The Destroyer’s victory over AJ was one of the biggest shocks in recent boxing history, but Fury thinks there are plenty of reasons to believe that it will happen again.

The Gypsy King recognises that anything can happen in the heavyweight division, but believes Ruiz has the edge over the 2012 Olympic champ.

‘I’m not sure, I’m really not sure,’ Fury told Business Insider, as he began by sitting on the fence. ‘It’s heavyweight boxing. One punch can change a fight drastically.

‘It’s a bizarre location in Saudi Arabia and the heat might affect both fighters. If anything, Andy Ruiz might be more used to the heat because he’s Mexican and lives in California. It’s always hot there whereas Joshua lives in London and it’s not always hot there.

‘He’s already been knocked out, so that favors Ruiz. I think fighting fire with fire with someone who is quicker than you and puts better shots together is a disaster.

‘I don’t really see the fight going any differently unless AJ comes out and boxes on his toes, which we know he can’t do.’

Despite predicting Joshua’s demise for a second time, Fury does not think his rival should be criticised for being beaten, as all the heavyweight greats have suffered defeats.

‘There’s always going to be somebody out there to beat somebody else,’ Fury continued. ‘And no matter what people want to say about Joshua or whatever, it’s a fight. You can only do your best on the night and his best wasn’t good enough that night.

‘Why should he be criticized or why should anybody go off him a bit more because he just lost a fight? Everybody will lose a fight. Muhammad Ali lost fights, Mike Tyson, Evander Holyfield, Lennox Lewis, everybody.’

Joshua and Ruiz meet for the second time in Saudi Arabia on 7 December, while Fury is back in the ring against Otto Wallin the following Saturday.