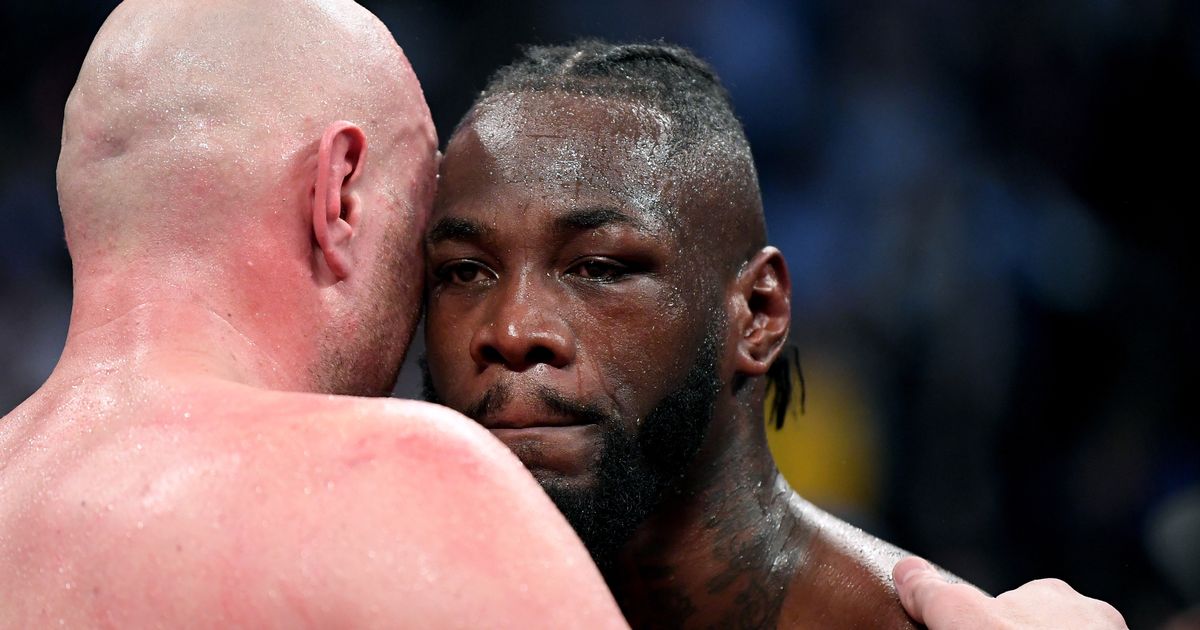 Tyson Fury has sent another x-rated message to rival Deontay Wilder – branding him a “big p****” for avoiding media commitments.

Fury was heavily involved in media duties in the USA this weekend after his long-awaited rematch with Wilder was confirmed for February 22 in Las Vegas.

The Gypsy King will finally settle the score against the WBC king after their controversial draw in December 2018.

The verbal battle between the pair is already underway – and Fury has accused Wilder of crying off from media commitments due to not wanting to be in the same room as him and fearing being “taken to school”.

In a message to his rival on social media, Fury said: “This is Tyson Fury AKA the Gypsy King this is a message to Deontay the Bronze Bomber the big p***y Wilder.

“He’s not turned up to any of the media events today, blagging he’s got the flu because he doesn’t want to be in the same room as me because I’ll take him to school.

“His management team and his full team are afraid to put Deontay Wilder in the same room as Tyson Fury, facts.

“Deontay, what a little bitch you’ve become. You can’t even come and see me and be face-to-face with me as you know you’ll be taken to school… p***y.”

Fury will have a new man in his corner against Wilder after splitting from trainer Ben Davison.

He will now be trained by Javan ‘Sugar’ Hill, explaining his decision as he appeared on ESPN’s College Game Day in America on Saturday.

“I trained with SugarHill Steward back in 2010, we got on like a house on fire.

“I was going a little bit stale, repetitive, doing the same things day in, day out for years. I needed a change.”